Vaccine Injuries: Will Your Child Be Next? 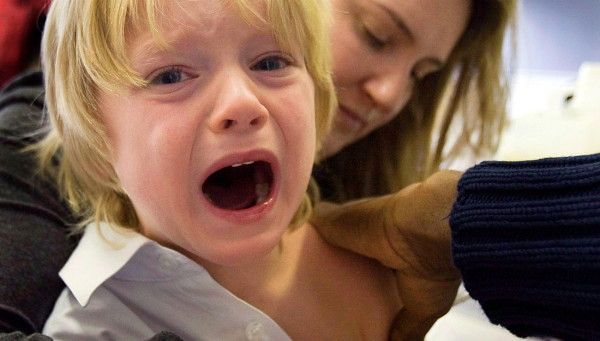 “You cannot be in the presence of a profoundly vaccine damaged child and not know that child could be your own.  And you cannot try to comfort a mother who has just buried a baby who has died from a vaccine… and not know that you could be the one standing over the grave.  When it happens to your child, the risks are 100 percent.” — Anonymous (Source)

If you spend any time researching vaccines online, you’re bound to come across stories about vaccine injuries. I was stunned by the number of vaccine injuries I have found online, and felt the need to share them. It’s rare for doctors to warn parents about the risks of vaccines. People need to know that vaccines do have negative consequences, and they can be severe.

Vaccination advocates are fond of repeating that vaccines are safe and that the benefits outweigh the risks. My question to them is, how many children does it take to be killed or permanently brain damaged before you realize that vaccines are not safe? I don’t believe that a single child should have to lose his or her life in this Russian roulette game of vaccination.

As I read these stories, watch these videos, and look at the photographs of these precious, innocent children, I’m saddened to the point of tears. And I am outraged. This should not be happening to our children.

Before you decide to vaccinate your children, please read these stories. Watch the videos. Do your research first.

Vaccine Injuries: Will Your Child Be Next?

My son came along and he was hitting his milestones. He was normal, engaged, a rambunctious boy. Then at 15 months we got vaccinations (Year 2000. He received Tetanus, Oral Trivalent Polio, Hib Type B, MMR). It took a few months for the change. And it was so subtle. I didn’t even catch it.

First his eyes started to cross. Of course they told us it was muscle problem. I have since learned that it is a nerve problem sometimes caused by vaccinations. As I remembered back, I didn’t even really catch all the changes. But now when I look back at pictures, it is glaringly obvious. He got this remote look in his eyes. He went from being a clown in photos, to just looking out in space. In preschool he wouldn’t participate, he would just sit there in his own world. In kindergarten, he showed no sense of personal space. He would get under the desk and bark like a dog. He would use the other kids heads as braces when standing up.

He is twelve now. We still have to tell him everyday how to get ready for school. We have to follow him around and keep him on track. We can’t just give him an order to go clean up or whatever, we have to go with him and tell him every little thing that needs done. His memory is about 3 seconds. If he has something to say, and we are trying to get his attention for something else or it isn’t the right time, he will practically burst trying to hold his thoughts in. He says everything he is thinking whenever he is thinking it.

After going through his life in my head and looking at the before and after pictures, I am convinced it was caused by his vaccinations.

Our son Kirk might never be the same. He was by all measures a normal healthy 6 month old that was reaching all his milestones. He was sitting, rolling over, saying da, ma, up, focused on objects and people, in short everything a healthy 6 month old baby should be doing.

Fast forward to more than a year later and he doesn’t say anything, can barely roll over, doesn’t sit unaided, doesn’t focus on any objects or people, rock’s back and forth, has distant vacant eyes and displays autistic tendencies. What could possibly have happened to the bright vibrant active child that was there 1 short year ago?

Eric was born completely normal and developed normally until he was 6 months old.  When he was 6 months old, he received the DPT vaccine and within a few days he began to have seizures — up to 80 in 1 day!  Other than the daily seizures, he developed normally until about 10 months of age — alert, learning to walk and talk, but the seizures took their toll.  He is now 20 years old and the last time his father saw him smile was when he was 10 months old.

Remembering his 1st birthday, Eric’s father wished the seizures would leave him alone — at least for that one day.  His parents had to hold his head up as they blew out the candle.  Eric had tests after tests done, and no answers were ever given until he was 8 years old.  When he was 8, a doctor confirmed that his disability was due to a reaction to the vaccines he received when he was 6 months old.  He is 20 years old today and is severely disabled and in need of continuous care and support.  He is approximately the size of a 5 year old and only weighs 45 pounds.

A family in the UK recently lost their baby boy, “22 months at death”, following post vaccination adverse drug interactions. Up until that point their baby had received the full slate of injections typical for his age group. At 6 months he began to experience ongoing convulsions/seizures. His neurologist then chose to prescribe him a set of experimental drugs (none of which are officially licensed for use in infants): ‘Sodium Valproate’ or ‘Valproic Acid’  (Anticonvulsant, antipsychotic – anti-seizure medication), ‘Keppra’ or ‘Levetiracetam’ (antiepileptic drug) & ‘Clobazam’ (benzodiazepine type anticonvulsant) – ostensibly to quell his seizures.

Initially he was put on a combination of Sodium Valproate & Keppra. A decision was then made to switch Keppra for Clobazam, as, per the neurologist in charge, “It was clearly making him worse.” There was speculation of possible Dravet’s Syndrome (severe myoclonic epilepsy in infancy). At no time during this phase were the parents ever consulted or briefed on the authorization of these drug combinations given to their child.

The parents, now estranged, marked the date of what would have been their child’s 2nd birthday in solemn remembrance of their son; born August 4, 2009, died June 21, 2011. The father duly noted “Each time he was given shots he seemed to have seizures… overdose symptoms were heart block, coma, death.” Max, may you rest in peace.

Marge Grant is the author of “A Stolen Life” and the mother of Scott Grant, who suffered severe irreversible brain damage as an infant in l961 from childhood vaccines. The profound vaccine injury rendered Scott a lifelong non-ambulatory, spastic quadriplegic that created indescribable challenges for him and his entire family. It literally gave rise to Marge becoming a vaccine heretic and pioneering a nation-wide vaccine safety movement.

Julia went in for her 12 month appointment the day after Christmas – 12-26-06… yes, TWO days before her first birthday. I was told by the nurse that we could not do her vaccines that day, as it was two days too soon. I looked at her with a face of irritation. I had taken the day off of work (I am a veterinarian)… and I KNEW that two days would not make a difference, so I asked to speak with the Doctor about the issue. I spoke to him. He said we had a “window” and that it was likely OK to give her her vaccines.

She got the proquad – MMR-V- from Merck (taken off the market six months later), and a hepatitis vaccine. She screamed and cried as to be expected – her big brother rubbing her head the whole time telling her it was to keep her “safe”. I will NEVER forget this day.

Eight days later, January 4th, 2007, Julia was sent home from daycare – not acting right, whining, inconsolable, febrile, etc… I was working a 12 hour shift that day, so my now ex husband picked her up from daycare… fed her dinner, bathed her, and put her to bed at 7pm. I got home at 830pm. Actually a little grateful that she finally got some sleep. Little did I know what was coming.

January 5th, 2007. I was in the shower, getting ready for work, and my then husband went to get Julia ready for daycare. He came running in from her room with her in his arms. He was SCREAMING… I got out of the shower, soaking wet and naked, and looked at our baby. I thought she was dead. Blue. Cold. Head arched to one side. No response to her name. Covered in feces and vomit. We put her on the bed and saw that she was breathing very shallow breaths… I called 911. Then the “circus” began.

On the 4th, Kash and Kerri had awoken early so they took a nap together. About 45 minutes after they went down I heard my wife scream my name along with the word “help”. I met her half way up the stairs with Kash in her arms and he was convulsing and unresponsive. I know this sounds terrible but at the time it seemed best and it was the decision I made, I put Kash in my lap and drove as fast as I could to the E.R. (about 5 miles from our home, I really felt I could get him there faster than an ambulance could arrive at our home).

The drive to the hospital felt like hours and I spoke to Kash… yelled a few times to try and get him to come to. We arrived at the hospital and I jumped out with Kash and ran in through the ambulatory entrance where the receptionist started to tell me that I would need to enter through the front door but I interrupted her with all I could get out, “help my son is having a seizure”…

Help spread the word out to parents who don’t know about the possible dangers of vaccines.