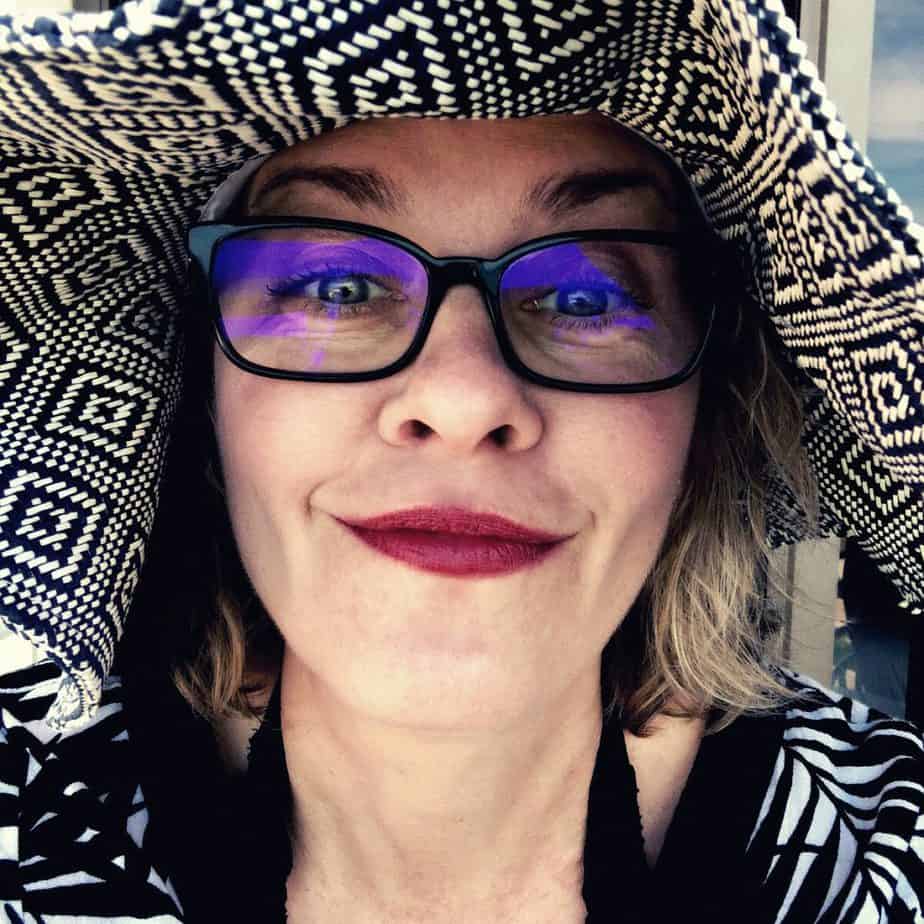 I am a mother of 2 children, living in the suburbs of Austin, Texas.

I was born in Ohio, and I grew up in New York and Texas. I lived in California for most of my life. And now I'm back in Texas. Because freedom.

I have been blogging since 2007 on Cheeseslave. That blog is about to go away forever, due to the profoundly fascist censorship of Big Tech in the past few years.

However, I am in the process of reposting all of my old blog posts here on this new site so be sure to subscribe to my email updates.

I started my career in 1995 in Silicon Valley, working in digital and online marketing and advertising. I got my first book (a cookbook) published in 2005. I became a blogger in 2007, the year my first child was born.

I spent the past decade working as a full-time food blogger on Cheeseslave.com, which I built to over 250K monthly unique website visitors and over 350,000 social media followers.

I went on to start a health & wellness blog network called Village Green Network which we built into $1.3 million in annual revenue within 5 years. I helped a number of our bloggers become six figure earners.

My first book, "Cooking to Hook Up: The Bachelor's Date-night Cookbook" was published in 2005.

I intend to write many more books. That's why I started this website. It is what I plan to spend the rest of my life doing.

Oh, and converting the whole world to Catholicism while they are not looking. Watch out – you're next!

Whoops, haha, I'm supposed to wait to say that. You go on a few dates first, buy dinner and flowers, and then you say "Marry me and have my babies."  You don't open with that. Scares people away.

I am extremely opinionated and have a forceful, domineering personality. I do it in a way that is usually entertaining but sometimes I'm called a know-it-all. That's because I do know most things. Last year I got a Game of Thrones Christmas sweater that says "I drink and I know things."

People either love me or hate me. I don't care what they think. God created me to be who I am.

And I try not to disappoint Him. Deus vult, ya'll. (Ooh, that needs to be a t-shirt! Remind me later so I can add it to my list of shirts when I start making them.)

I'm like single-malt Scotch whiskey, neat. Or better yet, with a single craft ice cube. Not for everyone. But the world is a better place because it exists.

Here's my bio from my old Cheeseslave blog:

I have 25 years of experience in digital and online media & marketing. I started my career in Silicon Valley and Los Angeles, working at some of the world’s top ad agencies.

In 2007, after my first child was born, I started this little food blog which I grew to over 250K monthly unique website visitors and over 350K social media followers. For nearly 15 years, I've helped my audience of mostly moms and women 25-65 cook for their families and live a healthier lifestyle.

The year after I started the blog, I founded a blog network in the health & wellness space called Village Green Network. I started the company on my coffee table and bootstrapped the business to over $1.3 million in annual revenue within 5 years. During that time, I helped a number of our bloggers become six figure earners.

Because who can think about food when we are fighting the second revolutionary war and third world war?

Don't worry, there will be more recipes one day. After the war is over.

Where were you born?

Yes, I was born on Independence Day and that was planned by God.

BS in Radio/TV/Film at the University of Texas at Austin (Hook 'em!)

(1) Ann Marie: Sister Ann Marie was the only nun at my father's Catholic school who didn't hit him on the knuckles with a ruler.

Blessed Anna Maria Taigi is also one of my patron saints. She was a housewife and a mystic. Like me.

Can you be a patron saint when you are just "blessed" and not an actual saint? IDK, I am a new Catholic. Well, I was a cradle catholic but I was away for 40 years. Like Moses, wandering in the desert.

I'll try to get comments installed on this website soon so someone can answer that question about patron saints.

(2) Michaels: From Michalski, which was my father's name. Both my dad's parents were Polish Catholics in Toledo, Ohio, so he was 100% Polish.

I am 1/2 Polish on my dad's side – but 100% Catholic. My grandparents on my mother's side were also Catholic.

My dad changed his name to Michaels because he got made fun of for being Polish. Turns out the Polish are the smartest people in the world – one of the few countries not being overrun with stinky toilet people who like to pee all over the sidewalks. But I digress.

Saint Michael is my patron saint. That means I can be a bitch on wheels but I have my reasons, and trust me, I'm right 99% of the time. Only because I ask God to guide me every single day. The more you do that, the more often you are right. He's omniscient, remember?

What advice do you have for people?

I have so much advice your head will spin. The short version:

High silica water, avoid fluoride and pharma, stay away from doctors as much as possible, eat a traditional French diet including cheese, butter and liver, and drink plenty of wine.  While you're at it, drink apertifs and digestifs with bitters like Pernod and Campari (this is to kill parasites). All disease comes from 3 things: past trauma, heavy metals like aluminum and fluoride and mercury, and parasites. (That right there needs to be a blog post, eh?) Convert to Roman Catholicism. Grow vegetables and raise chickens and get a cow to milk, or at the very least, shop at the farmer's market. Buy Bitcoin and Etherium. And some specific alt coins. HODL (Google that). Travel. Get plenty of sleep and light exercise (walking or bike riding will suffice).

I'll write more about all of that here on this blog so you should subscribe to my email updates.

How can I be happier?

That's a really important question that most people don't ask themselves often enough. Or ever.

Pretty much what I said above in the advice section. In addition to that, get married to a nice, devout Catholic person as young as possible and have as many children as possible. Stay married, pray the rosary, and go to mass.

Also, read books by Dr. Joe Dispenza and meditate as often as possible. (Yes, you can pray the rosary and meditate. I think they are both powerful, and perfectly compatible.)

What are your favorite books?

What is your favorite food?

Nachos. It is in a category all by itself. After that, I love French food, then Japanese food, then Italian, in that order.

Best thing to do is  sign up for my free email updates because these Big Tech losers keep censoring and shadowbanning me.