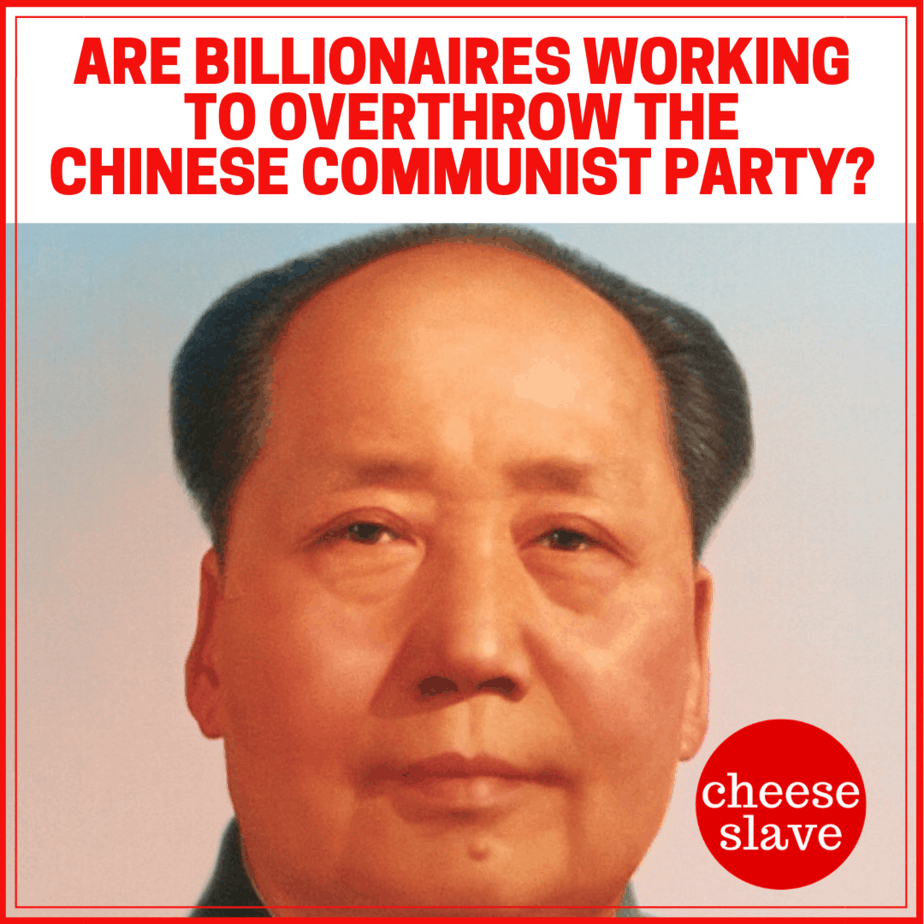 Are Billionaires Working to Overthrow the Chinese Communist Party?

Are a group of billionaires working to overthrow the corrupt Chinese Communist Party?  I have been following this story for the past couple years, as I explain below.  Based on  public livestream announcements on June 4, 2020, it seems this really is happening, which is incredibly exciting.

Announcement of The New Federal State of China

I found a couple of other articles reporting the story, with more details — I recommend reading them both to help you put the pieces together — it’s a lot to digest:

In the video below, Steve Bannon and Guo Wengui announced The New Federal State of China:

It looks like the livestream was recorded in New York City, since you can see the Statue of Liberty in the background. It was livestreamed on June 3rd, 2020 (officially June 4th in China, which is 12 hours ahead).

You can also see what looks like it could be a new Chinese flag behind them:

I actually saw this on June 6th, the day after it was posted with English translations on YouTube:

According to the NY Post, when Bannon and Guo did the livestream, “A mysterious fleet of propeller planes was spotted flying banners over New York on Wednesday congratulating a “Federal State of New China.””

The Rule of Law Society

Independent News Sources Have Been Reporting The Story

I’ve been following this story for a while, via a few different YouTube channels including China Uncensored and Real Vision Finance.

I first watched this interview on Real Vision Finance with billionaires Kyle Bass and Guo Wengui several months ago:

China Uncensored also has lots of great content, and as you can see from this video below, they are an independent channel not funded by the Deep State:

A few other news sources I like for information on China are The Epoch Times and One America News Network.

You can get a print and/or digital subscription to The Epoch Times (I have both).

I also recommend following Guo News, which is owned by Guo Wengui. I started looking at his website today and there are some very interesting articles and videos on there, including this video from May 29 in which Guo says “students with CCP (Chinese Communist Party) backgrounds could be repatriated, and HSBC Bank of China is in serious trouble:

This is extremely interesting to me, given the recent news that Trump banned Chinese flights to US and also the news that HSBC is backing China’s actions in Hong Kong.

Silence from the Mainstream Media

Why isn’t this all over the news?

Oh, right, could it be that the media is almost completely owned by the communists / Deep State?

As I keep saying, 90% of the media is owned by 6 corporations. So of course they wouldn’t want you to know about this. To their credit, CNN did report on the story.

The Revolution Will Not Be Televised… It Will Be Livestreamed

I guess Gil Scott-Heron was right when he said, “The revolution will not be televised.”

Ha! Because it will be livestreamed.

The announcement was livestreamed on June 4th, which was the  31st anniversary of the bloody Tiananmen Square massacre in Beijing in 1989.

On that date, Chinese troops stormed through Tiananmen Square in the center of Beijing, killing thousands of protesters fighting for democracy. The brutal Chinese Communist government’s assault on the protesters shocked the West and resulted in economic sanctions by the United States.

“In May 1989, nearly a million Chinese, mostly young students, crowded into central Beijing to protest for greater democracy and call for the resignations of Chinese Communist Party leaders deemed too repressive. For nearly three weeks, the protesters kept up daily vigils, and marched and chanted. Western reporters captured much of the drama for television and newspaper audiences in the United States and Europe.” (Source: History.com)

I never learned anything in school about the history of the Chinese Communist Party, or communism for that matter. That’s because public schools, and now most universities are completely infiltrated by communists.

So if you are not familiar with the human rights abuses of China, you are not alone. There is a reason we have been kept in the dark by the Deep State.

China’s record of human rights abuses, from the very real concentration camps to forced abortions to organ harvesting of prisoners.  I’m working on a longer post about this, so stay tuned.

I recommend a couple of books to get you up to speed quickly on the horrifying history of communism:

The Politically Incorrect Guide to Communism by Paul Kengor

These two books filled in all the gaps for me and I highly recommend them.

Both are easy to read and are available on audiobook as well (that’s how I read so fast — I listen to books while I’m doing other things).