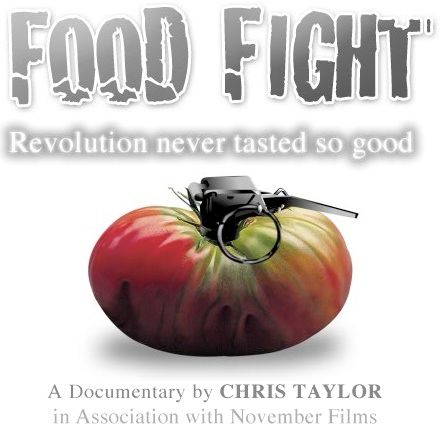 Here’s some information about the film from the website:

Eating good food is a sensual experience. We taste it, we savor it, and we remember great meals. Sharing those meals with family and friends helps define our humanity. And the food we choose to eat expresses a fundamental choice about the kind of world we want to live in.

But there is a great lie being sold to the American food consumer about these choices. That lie is that the food being grown for us on the big farms and sold in the big chain supermarkets is tasty and nutritious. The truth is, it is neither. Four out of ten chronic diseases are food-related in their origins. The food we buy today at the supermarket is lower in taste and nutrition and higher in fat and salt since 1960. Our children represent the first generation in our planet’s history that will have a shorter life span than their parents. And it is entrenched government policy that has built, supports, and continues this dysfunctional system. How did this come to be?

In the 20’s and 30’s, the major food problem in America was under-supply and malnourishment. Coming out of World War II, newly-developed fertilizers, pesticides, and herbicides became standard inputs in an agricultural process that helped create a six-fold increase in farm fertility. When use of these chemicals combined with large petroleum-based farm machinery, agriculture exploded as never before in human history. Small community-based local farming infrastructures were dismantled, and the number of farms nationwide decreased from 6 million to 2 million between 1945 and 1970. As newly-consolidated mega-farms churned out tons of food, and transportation infrastructure developed, a new food paradigm arose that valued shipping and shelf life over taste and nutrition. For the big growers and the even bigger food processing conglomerates, growing food became all about growing dollars, and taste and nutrition did not contribute to the bottom line. Making junk food out of cheap, overabundant commodities (like corn and soybeans) did, and so, in just two generations, the American food consumer went from a problem of under-supply and malnutrition to one of over-supply and obesity.

As these trends in agriculture became entrenched as USDA food policy, a small counter-revolution began to take place. Starting as part of the anti-war counter-cultural movement in the 60’s, a group of Berkeley radicals began to protest against the same companies-Dow, Monsanto, and DuPont-that were part of the war machine in Southeast Asia. Not surprisingly, these companies were also part of the industrial food complex and were directly responsible for the declining quality of produce in this country. In protesting these companies, the counter-culture in Berkeley was also protesting against the corporate forces that were driving the production of food in America away from taste and health. In this spirit the Organic Food Movement was born.

One of these Berkeley activists was a woman named Alice Waters. As she protested against these large multinational companies, she was also staking a claim for the role of food in the political protest movement. She felt that in protesting against these companies and their economic values, she was also reaching back into the past to regain the values centered around good food and good meals, a pursuit of pleasure that was under attack by those companies and their impact on our food supply. Having discovered the joys of eating local, fresh food in France, and feeling that a good meal simply cooked could be a revolutionary act of both political and sensual consequences, she decided to open a restaurant.

In 1971 Alice Waters opened Chez Panisse as a meeting place for friends and similarly committed anti-War activists, as well as poets, musician, artists, and intellectuals from nearby UC Berkeley. No one knew at the time that this restaurant would within five years become the most influential restaurant in America. In ten years, that influence would be global. 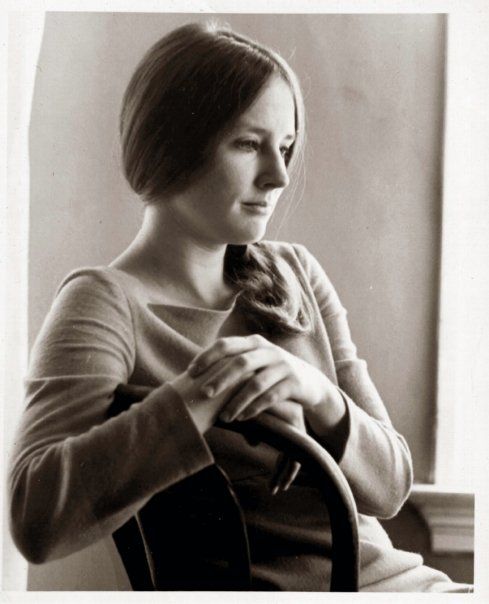 I completely related to this film because I found my way to “real food” via the “foodie” route, not the “sustainable food” route.

A couple of months ago, I was talking to Karen Lubbers, a raw dairy farmer from Michigan, and she said she has three groups of customers: (a) people who drink raw milk for health and nutrition (b) people who want to support sustainable agriculture and the environment and (c) foodies.

Of course I am passionate about all of those things but first and foremost I am a foodie. And if you are a foodie, too, I think you will love this movie as much as I did.

Actually, my husband is not a foodie (far from it) and he really loved the film, too. So maybe you don’t even have to love food. And, if you don’t love food, this movie will make you fall in love.

If you’re in LA, do not miss this screening!

If you can’t make the screening in LA, go to the Food Fight website or the Facebook group and you can sign up to be notified of future screenings.