Did you know that eating butter can help prevent and reverse obesity, diabetes and a whole host of other degenerative diseases?  That’s right, I said butter!  The following is a guest post by Matt Stone of 180degreehealth.com Enjoy!

Modern humans are simply not that healthy.  Eating healthy food can help, but it’s not a sure thing.  To be able to take advantage of healthy food and have health like we all aspire to have – free of degenerative disease and most of our minor maladies, we have to be able to digest, metabolize, and assimilate that healthy food like we are supposed to. This is where a huge layer of complexity is added to nutrition, and how it can best be used as a tool to improve health.

What Is a Healthy Diet?

Weston A. Price showed us all that, at the core, changes in nutrition brought about a multi-generational cumulative effect that totally changed the human organism starting with the formation of the teeth, the nostrils, and more.  Price and others such as Denis Burkitt, Hugh Trowell, and T.L. Cleave also showed us all that human diets, as long as they lacked refined grain, white sugar, and vegetable oil and included at least some animal products, could deliver perfect health.

Modern-day squabbles about how many carbohydrates or fats should be in the diet or whether Neolithic foods such as grains and dairy are acceptable are sheer minutiae.  Healthy humans free of Western disease have been discovered in every corner of the globe.  Several of those diets contained either grains or dairy or both.  Some diets contained very low amounts of carbohydrates and over 300 grams of fat per day.  Other disease-free peoples ate 90% of their diet as carbohydrate, with hardly an ounce of fat.

There is no commonality amongst healthy peoples and a particular macronutrient ratio.  Nor is dairy or grain synonymous with the onset of Western disease (unless grains were consumed in isolation without their essential “protective” counterparts such as fish, meat, insects, or dairy).

The commonality is simply the presence of white sugar, refined grain — white rice, and to a greater extent white flour — and vegetable oil.  No one knows exactly why that is, or how these foods wreak their mayhem.  Lack of nutrients or fiber are but small pieces of that puzzle.

The big unanswered question, and one that I’ve been pondering and exploring for years is how to overcome and reverse that damage.  How to, ahem, perform a 180 Degree turnaround.

The butyrate-fed mice remained lean and avoided metabolic problems. Butyrate increased their energy expenditure by increasing body heat production and modestly increasing physical activity. It also massively increased the function of their mitochondria, the tiny power plants of the cell.

‘Butyrate and its derivatives may have potential application in the prevention and treatment of metabolic syndrome in humans.’

[Note from CHEESESLAVE: Butter is the very best source of butyrate.] 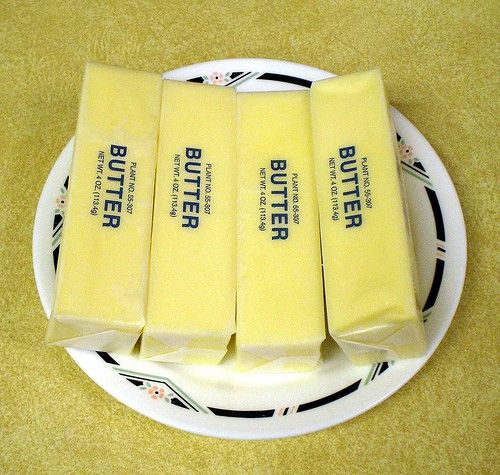 Anyway, I don’t propose to have answered all the questions about how to raise the metabolism, but I do know that the vast majority of my loyal (okay fine, brainwashed) followers have had tremendous success in raising the best outwardly indicator of mitochondrial activity — their body temperature.  Some have even managed to raise their body temperatures in excess of 2 degrees F in as little as a few months, prompting me, in my infinite shallowness, to start a “Hot Chicks Club” for all the women that have achieved a body temperature of 99 degrees F following my “theories.”

Fortunately, restricting your diet or cutting calories is not the answer.  That has been known for over a century to lower the metabolism, lower the body temperature, increase the body’s ability to store fat, induce overeating, and so on.

Even Dr. Atkins understood this:

…remember that prolonged dieting (this one, low-fat, low-calorie, or a combination) tends to shut down thyroid function. This is usually not a problem with the thyroid gland (therefore blood tests are likely to be normal) but with the liver, which fails to convert T4 into the more active thyroid principle, T3. The diagnosis is made on clinical ground with the presence of fatigue, sluggishness, dry skin, coarse or falling hair, an elevation in cholesterol, or a low body temperature. I ask my patients to take four temperature readings daily before the three meals and near bedtime. If the average of all these temperatures, taken for at least three days, is below 97.8 degrees F (36.5 C), that is usually low enough to point to this form of thyroid problem; lower readings than that are even more convincing.

Actually, eating MORE nutritious, unadulterated food is a ticket to major metabolic breakthrough for many, and I feel very fortunate to have stumbled across such a thing so that I can share it with you.  It may sound crazy, and require some serious faith on your part, but I believe it to be one of the most powerful tools out there for permanently improving health in a hurry.

Your metabolism governs, among other things, the rate of fat burning in the body and insulin sensitivity (and thus your risk for insulin and glucose-related illnesses such as diabetes, dementia, stroke, heart disease, obesity, many cancers).  People are consistently bringing body temperature up at 180degreehealth.

If you are a devout eater of the “healthy foods” championed by Cheeseslave and other Real Food Media heroes, and have yet to experience any health breakthroughs (or have experienced the opposite of a health breakthrough), you might wanna check out www.180degreehealth.com

I’ve just written an eBook specifically geared towards raising the metabolism.  Specifically, you can expect the information in the book to be able to help you:

The book is completely free of charge.  All you have to do to reserve your copy is sign up to be on my mailing list at 180degreehealth.com

You can also read more about the pivotal importance of the metabolism on my blog: https://180degreehealth.blogspot.com/2010/02/importance-of-basal-metabolism.html