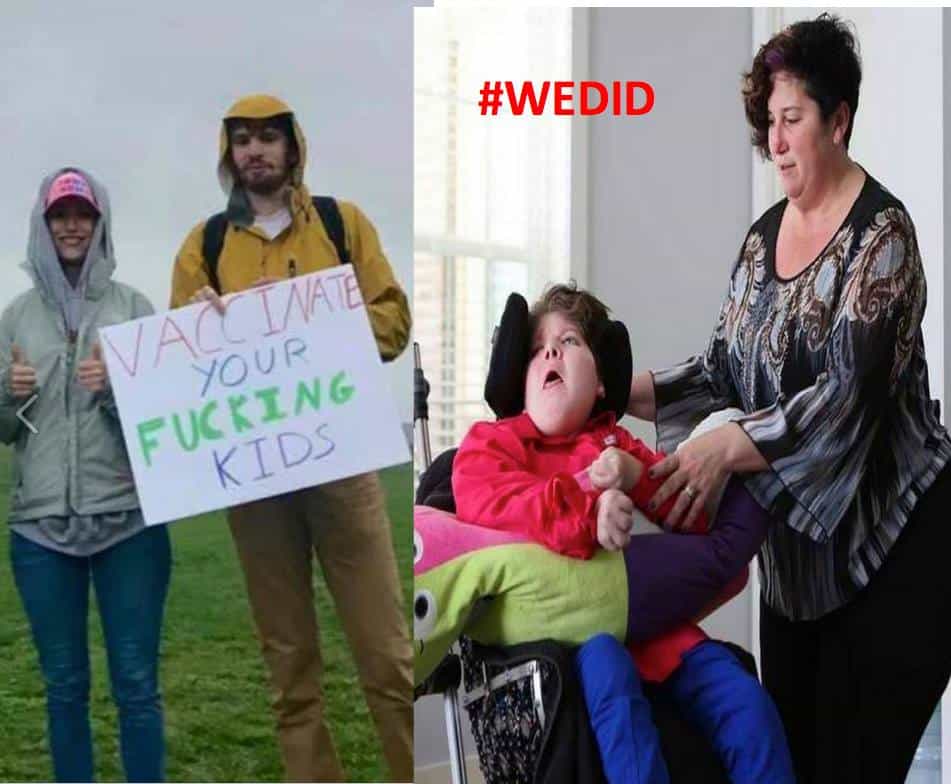 March for Science “Vaccinate Your Kids”: Parents of Vaccine Injured Respond “We Did”

This past weekend, The March for Science, a series of rallies and marches was held in Washington, D.C., and more than 600 other cities across the world on Earth Day, April 22, 2017.

Many people marched in support of vaccines. Today, the parents of vaccine injured children responded on Twitter and Facebook.  On the left, a protester holds a pro-vax sign that says, “Vaccinate Your F*cking Kids.” Parents of vaccine children shared photos of their vaccinated children, saying “We did.”

These are real parents and real kids. Many of whom who died after their vaccinations. The next time someone says “Vaccinate your f*cking kids” to you on social media, you can show them this post.

After I shared this post, a friend sent me this photo of her baby daughter who died: