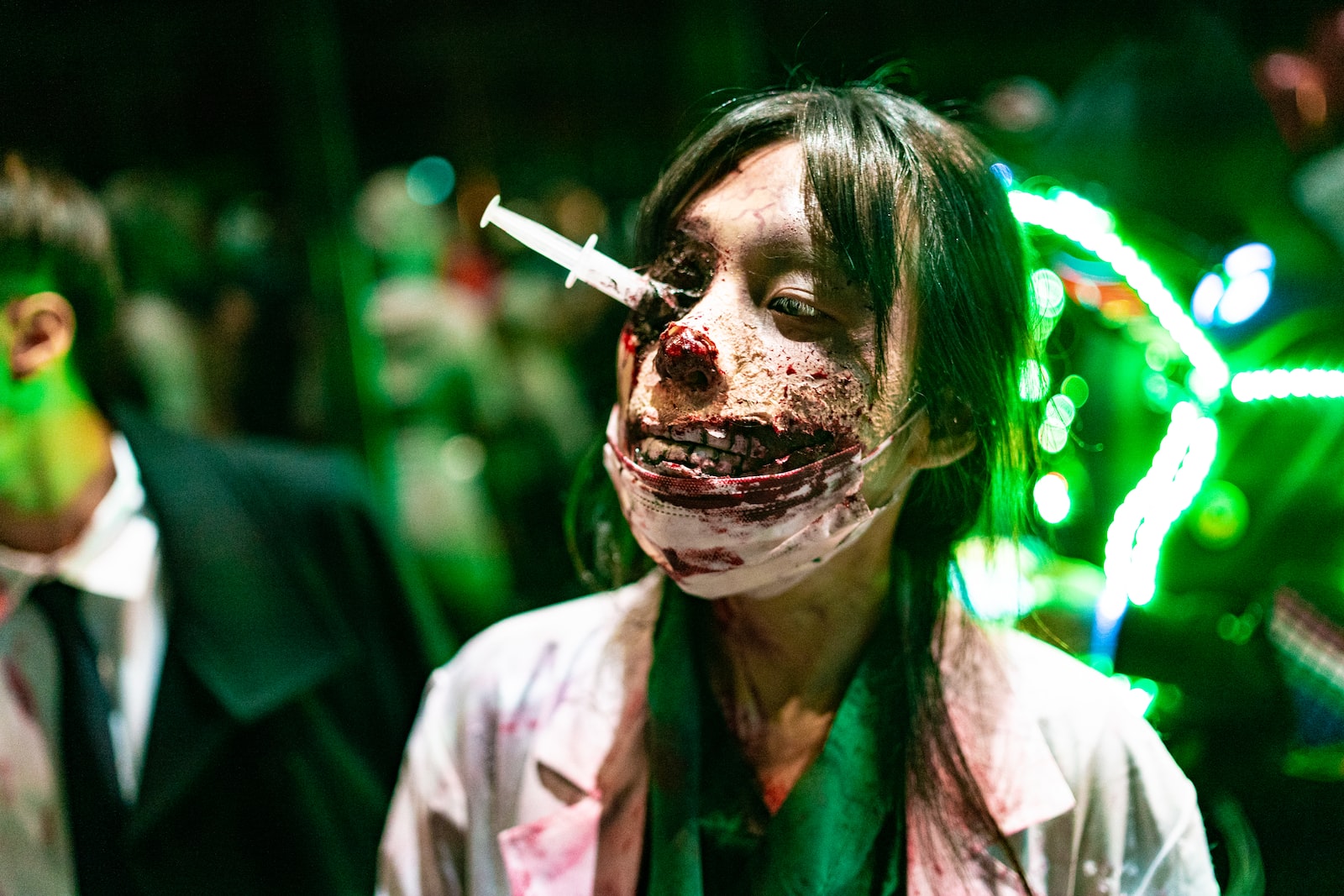 Top 10 Signs You Joined a Cult

They kept warning us there would be a zombie apocalypse. For decades, their predictive programming showed us brain-dead zombies in movies and TV shows.

And now we are living through the zombie apocalypse. Most of us have friends and family members who used to be smart, educated people but now they they are inexplicably in a haze, hypnotized by their leaders, completely incapable of thinking critically.

In this post, I'm going to walk you through the 10 tell-tale signs of a cult.

Top 10 Signs You Joined a Cult

I dug up this article by Rick Ross that outlines the 10 tell-tale signs of a cult.

According to Ross, "A typical cult has a charismatic, unaccountable leader, persuades by coercion and exploits its members, economically, sexually or in some other way."

What we are living through now is watching our brainwashed friends and family members who are effectively trapped in a cult.

Let's step through the signs:

I present to you, Dr. Fauci, America's number one highest-paid government employee.

He's not even an elected official. And yet we are paying him hundreds of thousands of dollars every year to tell us what to do.

The man has zero accountability. He has lied and flipflopped so much and so often, its astonishing that anyone still listens to a word he says.

Watch this tirade of his abject failures:

But nobody questions the cult leader.

2. No tolerance for questions or critical inquiry.

In case you don't know who he is, he is the founder of the mRNA v@ccines. He's even v@ccinated for C0vid, so no, he's not an anti-v@xxer. He's been working on v@ccines for his whole career.

But if you question anything in a cult, like he is doing now, you will be cancelled.

3. No meaningful financial disclosure regarding budget or expenses, such as an independently audited financial statement.

I don't even know where to start on this one. "The C0VID v@ccine is free," they say. How is it free when we paid for the development of the quackzines with our taxes?

The taxes these unelected government officials who are essentially parasites (that's relevant – look for my upcoming post about parasites and how they are the root of this whole mess) take from us without our consent.

No, you can't use Google. It won't work. Because Google is controlled by the cult leaders.

Notice what Google leaves out:

And notice what Duck Duck Go leaves in:

You may remember that Google buried my blog in the search engine results back in the summer of 2019. Yes, that was several months before this whole thing started.

Why would they do that? Ask yourself why. Why, indeed.

So they took our money, literally stole it from us, since taxation has never been constitutional (you can research that, too – again, use Duck Duck Go) and then they paid for the creation of the virus (which is what gain of function research means).

And then they used more of our money to pay for the "cure" (the quackzines) which they are now using to injure, maim and kill us.

But there is no way to trace all the money and where it flows because the cult owners engage in complex money laundering schemes with their off-shore and multinational foundations, non-profits and non-governmental organizations (NGOs).

DuckDuckGo (yes, it is now a verb) all the financial connections between the World Health Organization, the NIH, the Bill and Melinda Gates Foundation, Harvard University, and yes, Jeffrey Epstein.

Ugh, it would take you too long.

Here is the faster route. Go to Bitchute and type in "Amazing Polly". Now go search those topics in her videos.

Oh, and also, go DuckDuckGo all the people who are in revolving-door positions in government agencies and pharmaceutical companies.

Oh, wait, I found another shortcut... here's a meme:

The same people who create the virus are creating the cure. Wolves guarding the hen house.

4. Unreasonable fear about the outside world, such as impending catastrophe, evil conspiracies and persecutions.

It's a brand new year. Almost two years after this whole thing started.

But on Facebook, people are changing their profile pictures to show how terrified they are of the outside world (black boxes were added by me to protect the person who posted):

It will be two years in March 2022. When is enough enough? How many boosters will they take? How many masks will they wear? How long are they willing to endure lockdowns?

How long will they accept watching their elected officials defy the lockdowns by not wearing masks themselves?

We've all seen the photos and videos of the cult leaders breaking their own rules, going without masks, ignoring the lockdowns. Yet the cult followers ignore all the evidence and find ways to rationalize. Because anything outside their cult world is dangerous.

They have been trained to trust their cult leaders and anyone else outside of the cult is dangerous and suspect.

5. There is no legitimate reason to leave, former followers are always wrong in leaving, negative or even evil.

Who else out there has been doxxed, demonized, attacked, cancelled, censored, and maligned for asking questions or for not following all the rules by our Dear Leaders?

Oddly enough, during the Holocaust, the people who perpetuated the genocide were the rule-followers.

6. Former members often relate the same stories of abuse and reflect a similar pattern of grievances.

I hear the same stories over and over again from people who "left the left".  Unless you submit to all of their lunatic fringe beliefs, you will be rejected and shunned.

When I started to wake up to the lies, started reading about the history of Planned Parenthood's founder, Margaret Sanger (who was a eugenicist), started reading books by people who lived through the atrocities of Islamic state dominated countries, my leftist friends became alarmed and started to block me on Facebook.

Over and over again, I've heard the same stories of rejection from my friends who left the cult.

7. There are records, books, news articles, or broadcast reports that document the abuses of the group/leader.

Books that document the abuses of the group/leader, eh?

So this just happened.

Just after Thanksgiving, RFK Jr. published this book which has been on the bestseller list ever since.

8. Followers feel they can never be "good enough".

The CDC announced last week that the cloth masks are no longer good enough and now we need to wear N95 masks. Even though they said throughout 2020 and 2021 that N95 masks were overkill and not necessary.

And right after the CDC announcement, I saw this on Facebook. Someone changed his profile picture to the N95 mask.

No matter what they do, no matter how hard they try, cult followers can never keep up. They can never be good enough. One mask, two mask, red fish, blue fish.

Because the rules and mandates are always changing.

But liberal Democrats aren't like they used to be. As Ronald Reagan said, ""I didn't leave the Democratic Party. "The party left me."

9. The group/leader is always right.

The cult followers will bend over backwards to show allegiance to their leader.

This is what is known as "virtue signaling".  It's why you see all the "Branch Covidians" on Facebook adding their badges that they got their shots. "Look at me, I'm helping."

10. The group/leader is the exclusive means of knowing "truth" or receiving validation, no other process of discovery is really acceptable or credible.”

It doesn't matter how many studies you show the cult followers. It doesn't matter what you tell them. They will never believe you because they don't want to listen to anything that doesn't fit with what their leader told them.

When the inventor of mRN@ v@ccines comes out and questions the v@ccine, after he himself was v@ccianated, how can you come to terms with that?

If you didn't see the Joe Rogan interview with Robert Malone, here it is:

I also really liked this interview with Robert Malone on Kristi Leigh TV:

Kristi Leigh is actually a new friend of mine. I met her here in the Austin area at the Georgetown jailhouse the night that Dustin Clark and Jeremy Story were arrested by the communists running the Round Rock school board meetings.

Kristi left her career as a broadcast journalist working at a local news channel and is now an independent journalist.

Clearly, the world needs more Robert Malones and Kristi Leighs and Joe Rogans. The more voices we hear speaking against the cult narrative, the sooner the zombies will wake up from their cult programming.

And I pray that will happen soon.

Today is the last day to get my premium updates for only $1.

This is a savings of 80% and it lasts forever. This will give you access to my premium content, including getting access to all the books I'm going to write as I write them.

Tomorrow it goes back up to $5 a month so jump on it!

Save 80% on my premium subscription with exclusive content – hurry, ends January 7!