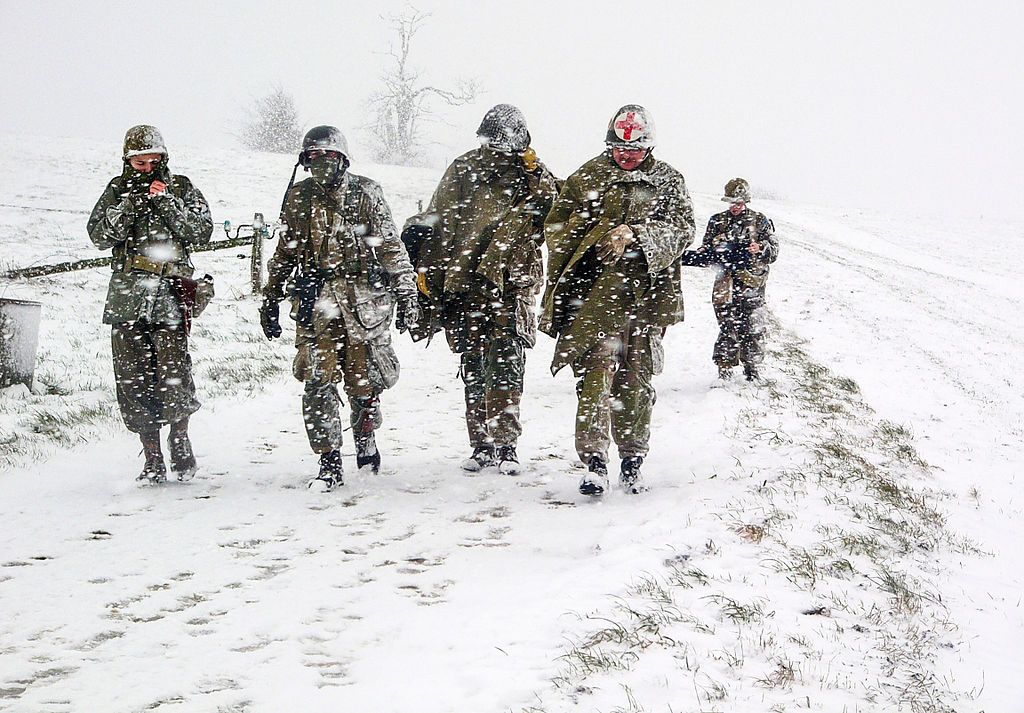 TwitterFiles 6: WW3 Battle of the Bulge

We won a major battle last Friday night, on the anniversary of the Battle of the Bulge. A major turning point in the war.

In this blog post, I'm going to show you the smoking gun that was buried in episode 6 of the Twitter Files.

Pretty sure most people missed it. There was some digging involved.

As Elon Musk said, we delivered the coup de grâce.

What does that mean? It's French for "final blow" or "kill shot". Putting a wounded animal out of its misery.

As I have been saying since March 2020, we are currently fighting World War 3.

Some of you are awake to that fact. Many are not.

Because this is a battle for your mind. It is a digital information war.

And you either still asleep in Plato's cave, or you are awake and you can see through all the bullsh*t propaganda they are slinging at us.

The media (mainstream media vs. social media) is the war zone. Twitter is one of the main battlefronts, and Elon Musk is one of Trump's generals.

Notice who Elon Musk is standing with in the picture below. Who started Space Force?

To understand the timeline, you need to know who the enemy is that we are fighting.

If you look at the back of a dollar bill, you'll see the pyramid. The pyramid is made of 3 sides: The House of Saud, The Rothschilds, and George Soros.

Those are the 3 puppet masters that control all the puppets in the global pyramid scheme.

To illustrate, I marked up a WW2 timeline from Encyclopedia Britannica:

2016 - Trump Ran for President (arguably you could add 2015 to this timeline because that's when he announced his run)
2017 - Trump Elected
2018 - Takedown of the First Side of the Pyramid, the House of Saud. The Saudi Arabian purge was the mass arrest of prominent Saudi Arabian princes, government ministers, and business people in Saudi Arabia on 4 November 2017  after the creation of an anti-corruption committee led by Trump/US ally, Crown Prince Mohammed bin Salman.

2018/19 - Takedown of the Second Side of the Pyramid, The Rothschilds. The Rothschilds sold their hunting estate – almost as large as Manhattan – in 2018.

2020 - COVID Psyop
COVID was a hoax designed to get us to take the "vaccine" bioweapon. In the words of David Icke, "Problem Reaction Solution."

They did the same thing with 9/11 and the Patriot Act. Make us afraid so we will do their bidding.

Why would Trump and the patriots allow this to be released and pushed on the people? Because no one would believe it if they haven't.

Every single "anti-vaxxer" I know is a former vaxxer who either got injured or someone they love got injured by vaccines.

All nations have been deceived by our merchants/the "great men of the earth."

The meaning of "sorcery" in the Bible is "pharmakeia" – administering drugs.

2022 - Takedown of Third Side of the Pyramid (Soros)
This is the final side of the pyramid we are taking down: George Soros which is the MSM/Mainstream Media.

Okay, now let me explain to you why I think we are at a turning point near the end of the war – similar to the Battle of the Bulge.

Battle of the Bulge: December 16

The Battle of the Bulge was a major turning point toward the end of WW2.

Interestingly, and not coincidentally, last Friday, December 16, was the anniversary of the Battle of the Bulge:

December 16 was also the day we got the smoking gun on TwitterFiles6.

Before I walk you through it, let me give you the links to the prior drops so you can catch up:

OK, and here's the full thread for TwitterFiles 6:

Let's cut to the chase. Here's the smoking gun...

Well, anyway, here's the Twitter thread where I talk about the smoking gun:

You can read through that but here's the net net...

As I was reading through TwitterFiles 6, I got to tweet #42 in the thread (ha!
42 is the answer to the “ultimate question of life, the universe, and everything,” a joke in Douglas Adams’s 1979 novel, The Hitchhiker’s Guide to the Galaxy)...

In other words, they are funded by OUR TAX DOLLARS.

And check this out... CIS also got funding from Global Cyber Alliance Inc.

They are also in E. Greenbush, NY at the same address: 31 Tech Valley Dr Google Maps can't differentiate it.

GCA address says #2 -- but it looks like the same address. What is going on?

Look at the addresses:

OK now are you ready for this... according to the GCA website...

So there you have it.

The smoking gun: Foreign interference in a United States election.

Executive Order 13848 says we can block the property of any foreign person or entity engaged in foreign interference in a US election.

And it's still in effect. Extended TWICE by Joe Biden. Looks like we are off to the races, folks.

And now we get to seize Twitter's assets. Also Meta (Facebook/Instagram,) YouTube/Google, as well as the DHS, DoD, and all the dark money NGOs.

As Jesus said, "It is finished."

We just reached the climax of the movie.

In my mind, we just won the Battle of the Bulge.

But it's not over yet.

Yesterday TwitterFiles 7 dropped. Here's the link to that thread:

That one was very revealing because we see that the FBI heavily infiltrated Twitter – with multiple members of the FBI working as staff members on Twitter premises to censor American citizens on the platform.

So now, we have all the evidence that:

Elon Musk says they are going to do the COVID TwitterFiles next.

That will trigger Executive Order 13818, Executive Order Blocking the Property of Persons Involved in Serious Human Rights Abuse or Corruption, which was signed by President Trump on December 21, 2017.

That's it for this blog post. I have to go finish packing since I'm moving out of my house in 2 1/2 weeks.