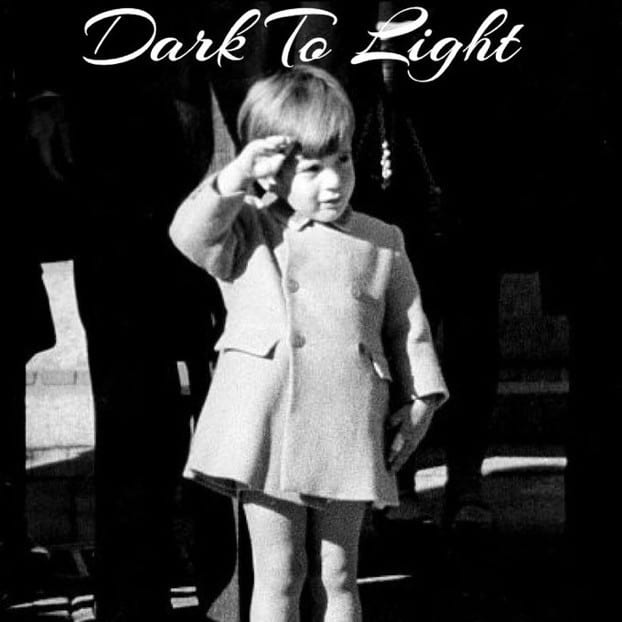 Darkest Before the Dawn

They say it’s always darkest before the dawn. I keep telling you, we are in the car chase part of the movie.

You know, the part near the end when your butt cheeks are clenched and you’re on the edge of your seat, not sure if the hero will make it through?

In this post I will share the latest Juan O Savin video with my commentary. I’ll share why I think we are in the darkest moments of Joe Biden’s “dark winter” which is leading us to the dawn.

Darkest Before the Dawn

Guys, I know we are all stressed right now, worrying and wondering what is going to happen. I am still 1000% confident that everything is going to work out and Trump will be back as our President very soon. (As Juan predicts on or before April Fool’s Day.)

I want to get as any blog posts up as I can. Information is flying at the speed of light right now. It’s hard for me to process all of it fast enough to get it out to you.

So what I’m going to do is start just posting as often as I can, even if it’s just videos I’m watching, so I can relay the info. I’m not gonna worry about trying to make my posts all perfect — I just want to get the info out to you as quickly as I can.

Although it is dark now, the sun is coming. The future holds a reality so bright, we’ve literally never seen anything like it. As Q says, Dark to Light.

But yeah, right now it feels really dark. This is my profile pic on Gab right now:

Before I share the video, of course we need to know what Punxsutawney Phil said yesterday on Groundhog Day, February 2nd.

No surprise — I was expecting this. Six more weeks of Joe Biden’s “dark winter.”

In case you didn’t know (I literally just found this out — thanks, Jodi,) Sean Stone is Oliver Stone’s son. Yes, THAT Oliver Stone. The film director.

Sean also has a show on RT (Russia Today). This makes a lot of sense now that I know Russia is our ally.

Yes, you heard me right. Our ally.

Go read my other post, Game Over, and watch the video I shared in that post. It talks about Russia and how they are working with Trump and the Q team.

If you listen to the leftists, they say Russia is the enemy. Every single defense is “Russia, Russia, Russia.”

But Russia is our ally.

It all makes sense now. Now I understand why Sharyl Attkisson (one of my top 10 favorite journalists, maybe even top 5 — read her books) went to Russia and reported on how they wanted to stop censorship back in 2016: Snapshots From a Trip to Russia to Talk ‘New Era’ Journalism.

Facts: More Important Than Your Feelings

I know a lot of you may be freaking out right now about Biden being in the White House, but let’s take a look at the facts.

Remember, the scientific method is based on asking questions, making observations, and noticing patterns.

This is how we discern the truth.

Around 13:00 into the Sean Stone / Juan O Savin video above, Juan asks some pertinent questions.

First Juan asks, “Has anybody moved into the Vice President’s residence over the last couple weeks?”

The answer to that question is no.

According to multiple sources (search it yourself,) Kamala Harris and her family have not yet moved into the Vice President’s residence.

Ten Days of Darkness at the White House

Next Juan asks Sean: “Has anybody looked to see if the lights are turned on at the White House over the last 10 days? Ten days of what?”

I searched around online and yes it’s true, the White House is dark at night according to multiple sources, including  this video (go to about 32:00):

However, people are saying that they turn the lights off at the White House every night at 11 p.m.

But as I search around for more information, I’m even more confused.

Here’s a video from fake news legend Brian Williams (the fact that he still has a job proves the news is all fake) saying how “extraordinary” it was for the White House to be completely dark:

The video from Williams is the day after the January 6th Capitol “riots” — which as we all know was just a “false flag” also known as a staged event.

Chartered Jet vs. Air Force One

“I don’t know if you’ve seen this, Sean… President Biden getting off the jet… well, it’s not Air Force One.”

I’m not sure but I think Juan is talking about this footage of Biden and family getting off the jet at Joint Base Andrews. Here’s one of the clips from CNN:

If you search it, you can find articles that say the plane the Bidens were on was not a Air Force plane, but rather, a chartered jet.

Here’s the video of President Trump arriving on Air Force One:

Here’s a screengrab so you can see what Air Force One looks like:

And here’s the chartered jet the Biden family flew on in the photo below. It’s not a military plane:

Juan goes on to say at about 17:27 that when Biden got off the jet, he was not greeted by a Marine guard or Air Force guard.

I don’t know what “day pins” means but if Juan is who I think he is (highly decorated military official,) he would know.

Here’s a video showing that part where and his wife Jill are being greeted:

Here’s a screenshot where you can see them being greeted:

Like Juan said, those people are not wearing Air Force uniforms.

I mean, I guess it’s hard to tell, but they don’t look like it to me.

This is what Air Force uniforms look like, from the Wikipedia page:

You can see a close up of what the Air Force Guard uniforms look like here. Here are some photos of Marine uniforms.

Saluting the New Commander in Chief

Here’s another thing I noticed from the video of Trump landing for his inauguration. The soldiers saluted Trump when he stepped off the plane.

Look at the screenshot below. They are saluting him.

Here’s a second video of Trump landing for the inauguration 4 years ago:

Notice in the photo below that before the Trumps disembark the plane, the soldiers are standing “at ease” with their hands behind their backs.

At ease is a position that they stand in when they are not standing at “attention.” I only know this from all the military movies I’ve watched in my life.

You can see a photo of “at ease” here:

Here is another screenshot from the video where you can see the soldiers saluting President-elect Trump:

Now go scroll back up and watch the Joe Biden video.

The soldiers or whoever they are do not salute him, nor does he salute back.

It’s all very casual. Which is odd.

Of course, the whole inauguration ceremony was odd, and I believe it was staged.

Go back and read my post, Enjoy the Show.

Juan goes on to say, at around 19:00, that DNI Ratcliffe presented the report on election interference per Executive Order 13848 on January 19, 2021 (National Popcorn Day).

He said it was due on Friday, December 18th, but it was a month late.

He said that if we had “some kind of activity on a foreign shore… could be Taiwan or Iran”… something could force the military’s hand.

Juan goes on to say that we will probably see something different instead of the Super Bowl this year. What that is I have no idea. However, we know the Super Bowl is set for Sunday, February 7, 2021. In Tampa, of all places.

Around 42:00 Juan talks about his good friend and patriot Irwin Schiff.

No idea who Irwin Schiff was but I just looked him up. Wow, what a little gem hidden in this Juan video! Schiff was an income tax activist

I’ve been saying since last March (2020) that income tax is going to go away. This is just more confirmation. Income tax has never been constitutional.

In Trump’s second term, I believe we will see it end.

Juan Says Trump Will Be Back in By April 1st

Again, Juan says in this video that Trump will be back in by April 1st.

I’ll let you listen to the rest but suffice it to say, Juan keeps saying the same thing over and over.

I looked it up on the Trump Hotel website. It’s true:

I am not sure who said it — I think it was Juan — but someone said Trump would be sworn in privately in a private ceremony on the 4th, which was the original Inauguration date until they changed it to January 22 in 1933 (you can look that up).

I know you are all impatient.

I believe with all my heart there is no way President Trump would walk away.

He doesn’t even have that option.

As Juan says, If Trump did, the Deep State would kill him and his family. He won’t let that happen.

I was going to add some more videos to this post but I will have to end it here. I’ll add the to my next post.

I’ll just leave you with this song.

Here’s a link to my Great Awakening playlist on Spotify with all my Q songs.

Hang in there, people. The happy ending is coming soon.