There is a shocking new development in the fermented cod liver oil scandal. As I was researching cod liver oil yesterday for a series I’m writing on how to buy cod liver oil and which cod liver oil brands I recommend, I came across some information that really disturbed me.

This is an update to my fermented cod liver oil series last fall… In case you missed it, you can click here to read all the posts and watch all the video interviews: Fermented Cod Liver Oil Scandal.

Some of my readers have been asking about a cod liver oil sold by a company called NutraPro International. Many people seem to think it’s a good product, and it is listed as one of the three “Best” cod liver oils by the Weston A. Price Foundation. The other two products in the “Best” category are Green Pasture Products FCLO (fermented cod liver oil) and Rosita EVCLO (extra virgin cod liver oil).

Since Sally recommends NutraPro so highly, I wanted to know more about this company. I was horrified by what I found.

I have known David Wetzel and his wife of Green Pasture Products for close to a decade. And I have known Dan Corrigan and Archie Welch of Corganic (the company that sells Rosita EVCLO) for the same amount of time. I met all of these people in 2008 at a conference, and had seen them every year at the WAPF conference until I stopped attending the Wise Tradition conferences in 2014.

Although NutraPro International was founded in 2007, I had never seen them at a WAPF conference which was odd to me.

I had a lot of questions. Who owns the company? Where do they source their cod livers? Where is the manufacturing plant located?

So first I researched the company. I found out they were based in Utah, I used the Utah.gov website to look up the corporation filing.

The next thing I did was google the name of the owner. And what I found was local Utah news coverage of Tilak Dhiman. Apparently he was arrested in March 2007, just months before he founded NutraPro International.

“Undercover police officers focused on Dhiman after he engaged in sexually explicit Internet chat-room conversations with an investigator who was posing as a 13-year-old girl. Dhiman was arrested after he arrived at an arranged meeting. Flowers and a condom were found in his possession, according to police reports. He pleaded guilty in June 2009.” (Source)

“A former Utah State University professor who pleaded guilty to coercion and enticing sex from a minor dodged prison time Friday. Tilak Dhiman, who taught dairy nutrition at USU until he lost his job after being arrested in 2007, appeared Friday in U.S. District Court to be sentenced.

Roy officer Matthew Gwynn, with the Northern Utah Internet Crimes Against Children Task Force, said Dhiman contacted undercover officers in a Yahoo! chatroom in January using the screen name “Lucky sharma.” After his arrest, Dhiman admitted to using that screen name in conversations with the undercover officer, according to court records from USA v. Dhiman.

In a statement to the court, Dhiman apologized to his family and friends, saying he had “made a wrong choice.”Dhiman tried to get directions to her house, saying meeting in a hotel would be ‘dangerous’ because she was only 14 years old,” according to court records. During a chat on March 10, he asked if her bed was large enough for the two of them and described what he would like to do sexually with the girl.” (Source)

Next I googled the company address for NutraPro International. I was curious as to why Dhiman’s address on the sex offender registry sites was the exact same address on the corporation filing.

If you go to the NutraPro International website, they have a big photo on their home page of an idyllic farm.

This is what I found in Google Maps:

So Dhiman is running “NutraPro International” out of his suburban home in Logan, Utah. The fact that he didn’t even bother to get a post office box is shocking. Even I have a post office box, and I just run a blog.

Perhaps he was under house arrest and was unable to go to a post office box?

Well, I guess now we know why he never attended any of the WAPF conferences and why he doesn’t put his face or his name on his website or any of their social media sites.

But then I found something odd in my Facebook friends list… who is Rex Dhe? He (she?) added me as Facebook friend a while back… and he and I share over 200 mutual friends, many people who are in the Weston Price/paleo/real food community.

“Rex Dhe” has a classic troll-type Facebook profile. No photos of himself, no recent activity. And he doesn’t show his friends — I can only see our mutual friends. Who hides their Facebook friends, and why?

The only photos he has are of NutraPro products and marketing materials.

Could this be this “Lucky Sharma” A.K.A. Tilak Dhiman, owner of NutraPro International? Hmm… who else could it be?

Who Is This Guy?

I don’t know about you but I don’t feel comfortable buying health supplements from this guy. As a mother, one of my worst fears is my daughter being preyed upon online by a pedophile.

Yes, we are all human, yes people make mistakes. But this is one of the worst things I can think of. Preying on innocent children.

I don’t know how I can trust someone who did this… and who hides behind a website.

Sally Fallon Morell, did you even do the most cursory research on this company? I mean, COME ON. I found this out with 15 minutes of searching online.

What I want to know is how can Sally Fallon recommend a product that she knows nothing about? Where are the lab tests?

Sally Fallon… you are always preaching that we need to “know our farmers”. Do you know Tilak Dhiman?

Please tell us, what are these products NutraPro is selling? Where is he manufacturing them? Where is he sourcing them?

I made a livestream video on Facebook yesterday to share my emotional reaction. I’m disgusted and outraged by the complete lack of ownership Sally Fallon Morell of the Weston Price Foundation and David Wetzel of Green Pasture Products have shown in this matter.

Sally Fallon Morell continues to recommend supplements that are highly questionable, and that are likely harmful to people’s health. Why does she continue to do this? The only conclusion I can come to is that she must has a financial relationship with these companies. There is nothing wrong with getting paid to promote products that help people. However, to do this at the risk of our children’s health is wildly irresponsible.

As I have said countless times, I have learned a great deal from Sally Fallon Morell, but I feel that her response to this scandal has been outrageously inept. We need leaders we can trust and leaders we can hold accountable to be honest. The dishonesty and lack of attention to this very serious matter is extremely disappointing.

I will send a link to this post to Sally and to others who are promoting FCLO and NutraPro. I doubt that I will hear back, as it has been almost a year since I first started posting about FCLO and WAPFGate, but I will contact her. I’ll post a response if I get one.

What Cod Liver Oil Do I Recommend?

I know you guys are going to ask. I recommend one brand of cod liver oil: Rosita EVCLO (extra virgin cod liver oil).

Please note: I have recently become an affiliate for Corganic, the company sells Rosita, so if you click that link, I will earn a small amount if you purchase a product. This is the only cod liver oil I will be recommending. (I only promote and recommend products I truly believe in… and affiliate commissions help me continue blogging.)

I am working on a comprehensive post today about why I recommend Rosita cod liver oil over the other brands.

#mc_embed_signup{background:#fff; clear:left; font:14px Helvetica,Arial,sans-serif; }<br /> /* Add your own MailChimp form style overrides in your site stylesheet or in this style block.<br /> We recommend moving this block and the preceding CSS link to the HEAD of your HTML file. */<br />

Also, subscribe to my YouTube channel so you see the videos as soon as they go up. 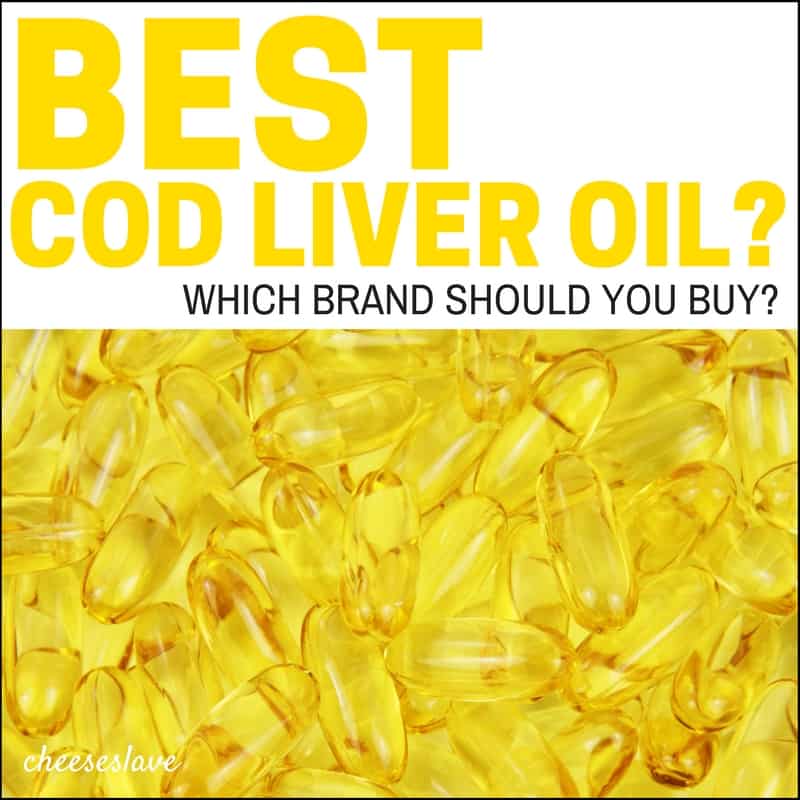 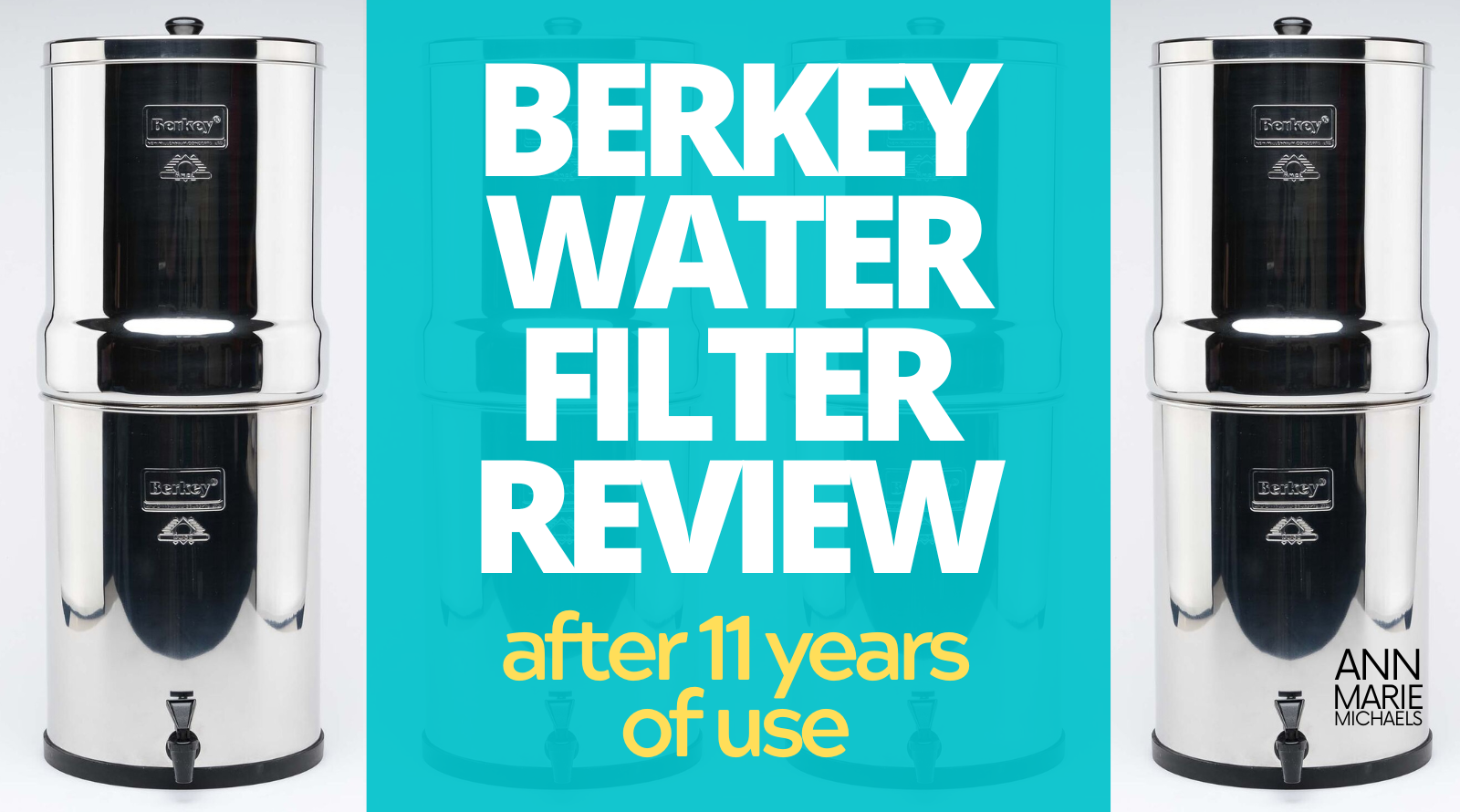 Berkey Water Filter Review (After 11 Years of Use)