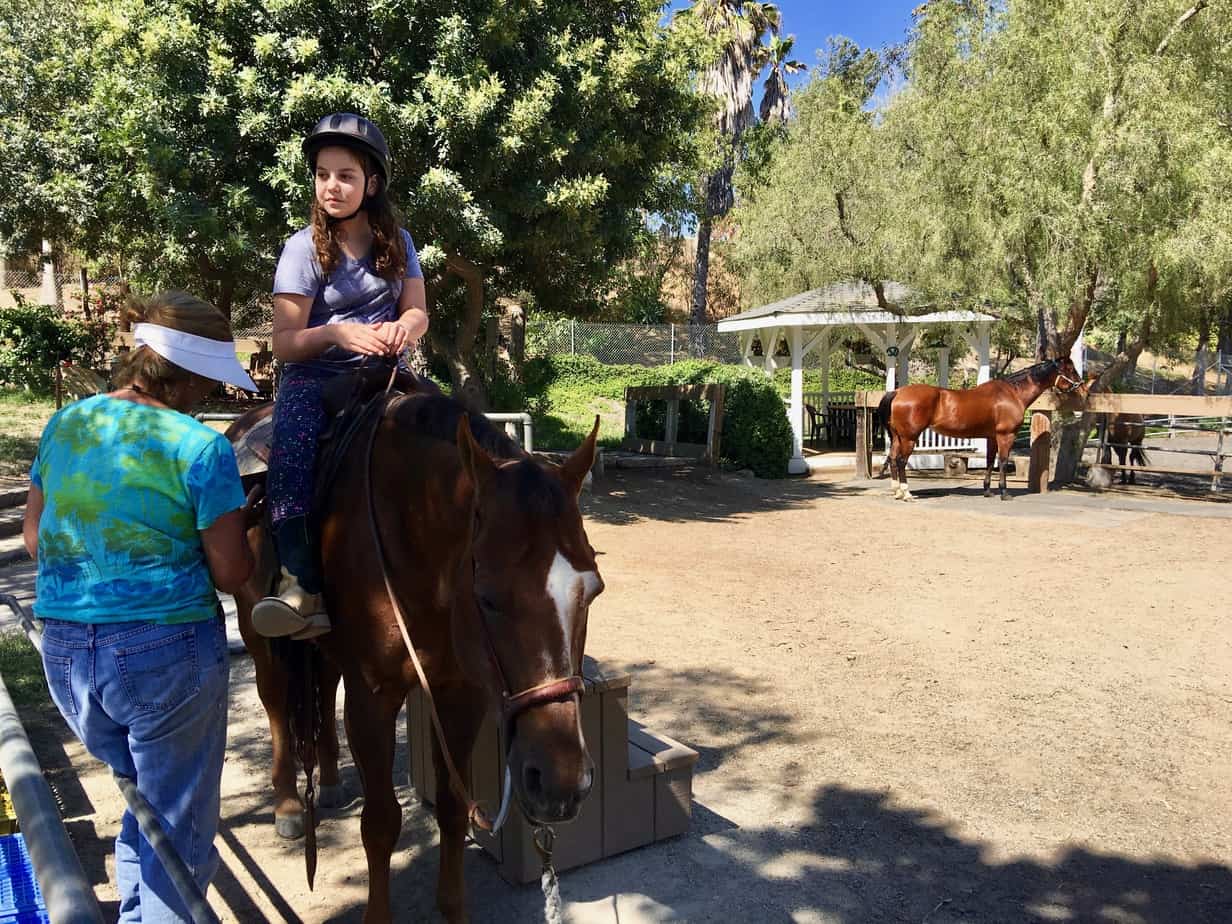 Kate just had her first horseback riding lesson. We homeschool, and it’s been a bit of a challenge to find sports and physical activities that 10-year-old Kate is interested in.

Kate has zero interest in dance or soccer or gymnastics or martial arts. Like her mom and dad, she loves computers. While her little brother begs to go outside and play, Kate would rather be in her room, reading and watching videos and learning.

While many parents have rules about “screen time,” I don’t limit how much time my kids spend on computers and tablets. This is because I subscribe to Malcolm Gladwell’s 10,000 Hour Rule, the idea that 10,000 hours of “deliberate practice” are needed to become world-class in any field. (I’ll do the math for you — 10,000 hours of practice works out to 40 hours per week for 5 years.)

“The lesson here is very simple. But it is striking how often it is overlooked. We are so caught in the myths of the best and the brightest and the self-made that we think outliers spring naturally from the earth. We look at the young Bill Gates and marvel that our world allowed that thirteen-year-old to become a fabulously successful entrepreneur. But that’s the wrong lesson. Our world only allowed one thirteen-year-old unlimited access to a time sharing terminal in 1968. If a million teenagers had been given the same opportunity, how many more Microsofts would we have today?”  ― Malcolm Gladwell, Outliers: The Story of Success

I’m not going to push her to do something she doesn’t like. Forcing kids to do things they hate destroys their instincts… and in my experience having founded and built a million dollar company, instincts are everything.

It takes patience and creativity and prayer to raise future leaders who are tough and self-reliant. Many days I don’t know the answers to her questions, or don’t know how to solve the problems we face. But I know the solution is out there… and I turn it over. And the answer always comes in time.

One thing she does love is animals. So, one day, it occurred to me, why not try horseback riding lessons? Normally when I suggest something she rolls her eyes and says, “No.” When I brought up the idea of horseback riding, her eyes lit up and she said, “YES!”

90% of the struggle in life is finding your passion, the thing that lights you up. Once you find that, getting to work is easy. It’s like floating downstream.

This is why I’m such an advocate of unschooling… or in other words, letting kids figure out what they are interested in and not forcing them to learn what you think is best for them. The damage that you do when you push them in a particular direction is profound. Every time you force them to do what they hate, they learn that their feelings and instincts don’t matter. They learn to dismiss their gut feelings, to ignore their passions. Which makes them great at working in a cubicle… but kills their ability to hear that small voice inside telling them what their real passion is.

I always remember my friend Liselotte… she’s a very successful and talented fashion illustrator who lives in Milan. When we were in our 20s, she came to visit me in San Francisco. I was working in the dot com tech bubble and she was in Stockholm, drawing pictures all day.

She had just gotten her first big contract with Barney’s. We went out to celebrate… she bought a Calvin Klein slip dress at Saks Fifth Avenue. It cost $700.

My roommate at the time was shocked by her purchase, “That cost more than my rent! You could have just gone to Ross.”

I remember how adamant she was that she get THAT dress. The cost didn’t matter. It was the dress she wanted.

I also remember her lounging around drawing her pictures… while I was driving 45 minutes each way to sit in a cubicle.

I know lots and lots of people stuck in office jobs they hate who have no clue what they want to do with their lives. They’re really good at doing what they’re supposed to. They can’t get in touch with their passion. They can’t hear the small voice inside telling them what they really want to do. It’s been completely snuffed out.

If you ask them what they want, they can’t tell you. In fact, they don’t even feel like they deserve what they want. It’s not even an option for them to consider.

Once we came up with the brilliant idea of horseback riding, I just went on Yelp, found Jan Ball, emailed her, did a quick phone call, and we were in business.

Jan teaches about 30 minutes south of where we live, down near Redondo Beach and Palos Verdes. After the first lesson, I asked Kate if she wanted to go back, and she said, eyes bright, “YES!!!!” I can’t put enough exclamation points on that to do it justice. There was no question as to whether we would make the weekly trek down to see Jan. This was most definitely a “hell yeah”.

Ollie really got a kick out of the mini pony. He watches that video over and over again, laughing out loud every time he sees it.

Horseback riding lessons aren’t cheap… but our homeschool charter provides us with a couple thousand dollars of funds each year. We hadn’t spent a penny yet… because like I said, Kate was not interested in doing any activities. Now we’ve got plenty of money to pay for her lessons.

Amazingly, this first horseback riding lesson happened just 3 weeks ago, at the end of June. Here we are 3 weeks later and you’re not going to believe this… but we’re moving to a new house just 10 minutes away from the equestrian center.

Right after we went for her lesson, we met with a realtor to discuss the possibility of selling our house. A week later, we found a house to lease, and the moving van is coming on Wednesday morning — just 3 days from now.

Like I said, 90% of the work in life is figuring out what you want. Finding that “hell yeah”. Once you know what you want, everything falls into place… like floating downstream.

“Until one is committed, there is hesitancy, the chance to draw back, always ineffectiveness. Concerning all acts of initiative (and creation), there is one elementary truth, the ignorance of which kills countless ideas and splendid plans: that the moment one definitely commits oneself, then Providence moves too. All sorts of things occur to help one that would never otherwise have occurred. A whole stream of events issues from the decision, raising in one’s favour all manner of unforeseen incidents and meetings and material assistance, which no man could have dreamt would have come his way. I have learned a deep respect for one of Goethe’s couplets: Whatever you can do, or dream you can, begin it. Boldness has genius, power, and magic in it!” – W. H. Murray

Just remember, if it’s not a hell yeah, it’s a hell no.  You have to keep saying no until you find the hell yeah… and the rest is easy.

And yes, I am giving you permission to say no.

I want to eat cheese and bread and drink wine. I want to play video games. I want to draw pictures all day and buy $700 Calvin Klein slip dresses. I want to ride horses. Hell, yeah.