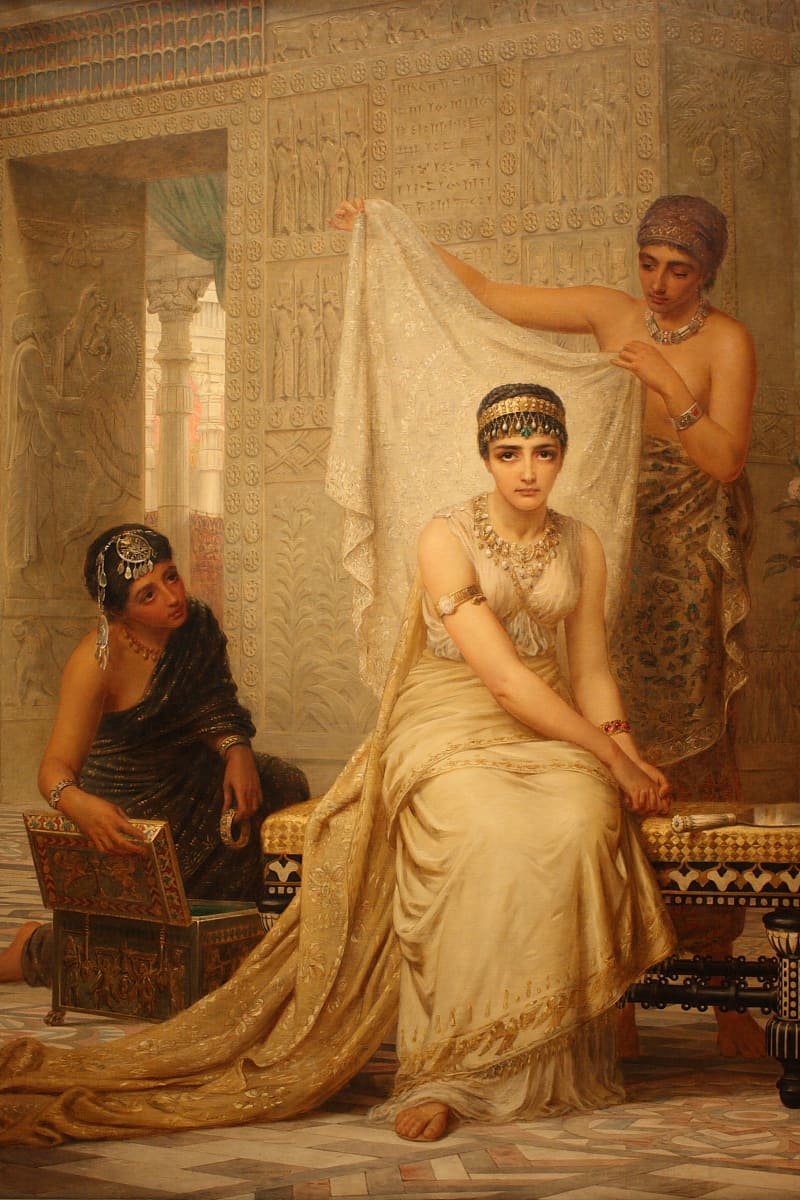 We’re living through a remake of the Book of Esther right now, the story of Purim.

In this post, I’ll tell you about the Book of Esther and the story of Purim. I’ll talk about the plot and how the story ends. And oh, yes, it has a happy ending.

Juan O Savin has talked to us over and over again about Purim. He also talks endlessly about the number 17.

He said we are living out the Book of Esther right now.

Juan O Savin called what we are going though “Patriot’s Purim”. You can see that video below — it’s part 2 of the original Juan video about Purim. Scroll down to watch.

Roseanne Barr said she calls it “Matriarch’s Purim” because it is a world war of women, mostly moms, waking up and fighting for our children and our children’s children.

You’ve seen the hashtag #savethechildren — this is why.

We are fighting for our children’s future, and for their children.

The Book of Esther is the 17th book of the Bible.

What is the 17th letter of the alphabet?

It’s Going To Be Biblical

The very first Juan video I listened to on the Jennifer Mac channel is all about Purim.

If you watch this first video called It’s Going To Be Biblical, Juan tells the story of Purim (the Book of Esther).

You can also watch that video over on this post: I Heart Juan O Savin. I also posted a lot of Juan videos on that post so you can bookmark it and watch them at your leisure.

Here’s the second video in that 2-part series about Purim. This one is called Patriot’s Purim:

The two videos above will explain in detail what Purim is, but let me first let me give you the Cliff Notes.

Jewish people celebrate Purim every year on the 13th day of the month of Adar.

That’s important… I’ll tell you what that means in just a second.

First let me explain what Purim is.

“Purim is a Jewish holiday which commemorates the saving of the Jewish people from Haman, an Achaemenid Persian Empire official who was planning to kill all the Jews, as recounted in the Book of Esther. Haman was the royal vizier (high-ranking political advisor) to King Ahasuerus, and he planned to kill all the Jews in the empire.”

What is The Book of Esther?

Okay, so Purim is a celebration of the Book of Esther.

What is the Book of Esther about? Why do we celebrate it with Purim?

The Book of Esther is about a young woman named Esther who wins a beauty pageant in the 4th century BCE (a few hundred years before Jesus Christ was born).

When she wins the beauty pageant, she doesn’t get cash, prizes and a tiara. Okay, she did get a tiara, but no cash and prizes.

What does she win? She gets to join the king’s harem.

Woo hoo, right? I know, but back then, that was the best thing someone like Esther could ever hope for. Why? Because she was Jewish.

The rulers at that time were pagans. Can you say secret-handshake-club-13-bloodline-family?

Yep, those same people. The people who have been ruling the world all the way back to Adam and Eve after she took the bite of the forbidden fruit.

And, for that reason, the pagan rulers wanted those pesky Jews to die.

Exactly like today.  Hence, the eugenicist plots to kill us and the communist schemes to destroy our families. Abortion, vaccines, GMOs, fluoride, all of it.

But back to Esther.

So a Jewish girl gets catapulted into the royal harem. And ends up saving the Jewish people. Yes, we win. I’ll get to that in a second.

This is basically a story about government that gets infiltrated by evil-doers (the pagan bloodline families) at the highest levels, and they conspire in a plot to commit genocide against the Jewish people. As I keep saying, same shit, different century.

And it is Esther saves the day. That’s why the book is named after her.

So, yes, Esther wins the day and there is a happy ending.

When Juan says we are living through the Book of Esther right now, you have to understand that we will win.

Still, everyone wants to know: how is this story gonna end?

It ends where it begins.

We know that because we know the template for all great stories: The Hero’s Journey.

You know why people love McDonald’s? Not because it’s the best food in the world because obviously it isn’t.

We love McDonald’s because we know exactly what we are going to get. It’s the same exact thing every time.

Same with movies and stories. Same thing every time. It’s a pattern and we love to watch it play out the same way every time.

I talk about this storyline at the end of my video I uploaded the other day, The Hero’s Journey.

The Book of Esther Ends in a Reversal

Okay, so we know there will be a happy ending to this show.

But how does the book of Esther end? How will our story right now end?

This is the best part, guys. The Book of Esther ends with the bad guys getting a boomerang.

In other words, they get killed with the exact same weapons they created to kill us.

They (the13 bloodline families) were planning a genocide of the Jewish people.

The massacre had been plotted by the king’s chief minister, Haman, and the date decided by casting lots (purim).

Instead, Haman was hanged on the gallows he built for Esther’s Uncle and advisor, Mordecai.

And on the day planned for their annihilation, the Jews destroyed their enemies.

They didn’t use gallows to hang people back then. They impaled them on poles.

Haman, the evil villain, who had infiltrated the government (the monarchy) had set up a pole to impale Esther’s Uncle Mordecai on.

But instead, in a dramatic reversal, he himself was impaled on it.

So they impaled Haman on the pole he had set up for Mordecai. Then the king’s fury subsided.Esther 7:10

Well would you look at that?

The Day The Tables Turn

Now I want you to notice what it says exactly in the Book of Esther.

It says there is an exact day the tables turn.

On the thirteenth day of the twelfth month, the month of Adar, the edict commanded by the king was to be carried out. On this day the enemies of the Jews had hoped to overpower them, but now the tables were turned and the Jews got the upper hand over those who hated them. ESTHER 9:1

According to Juan, 19 is the power number for the cabal. That’s why they have so much symbolism with 9/11. (There’s a lot more to that which I can’t get into here.)

Anyway, Purim happens on the 13th day of the twelfth month, which is the month of Adar.

So what does that mean? Well, if you type that into the Google machine, here’s what you see:

This year, in 2021, the 13th day of Adar is February 25th. That was the first day the Jews were allowed to kill their enemies, the pagans.

If you read the passage below, in Esther 9, the King’s edict allowed them a second day (the 14th day of the month of Adar) to continue taking out their enemies. And on the 15th day, they feasted and celebrated.

So this year, in 2021, Purim will be celebrated beginning on February 25th which is the 13th day of Adar this year (and traditionally you fast beginning at sunrise on that day).

It will go through the second day, February 26th.

And on February 27th, we party.

Can You Say CPAC?

So this is interesting. Purim starts the exact same day CPAC starts this year in FLORIDA!

And guess what night the annual Ronald Reagan Dinner is?

The 15th day of Adar. The night we party.

Where is President Trump right now?

Oh, right, he’s in Florida. Which is where CPAC is this year. For the first time ever.

Sure Trump GIF from Sure GIFs

That was the lockdown of the first country in the western world: Italy.

What is in Italy? Vatican City. Which is one of the 3 city-states that rule the world.

I was thinking the one year delta would be on the week of the Ides of March this year, and I’m sure there will be a lot that happens that week.

But clearly, important things are going to happen the last week of February at CPAC.

Get My Live Updates from CPAC

Stay tuned for my updates live from CPAC 2021.

Make sure you follow me on Telegram, Gab and AnonUp, and sign up for my email updates to get notified in your inbox whenever I post here on the blog.