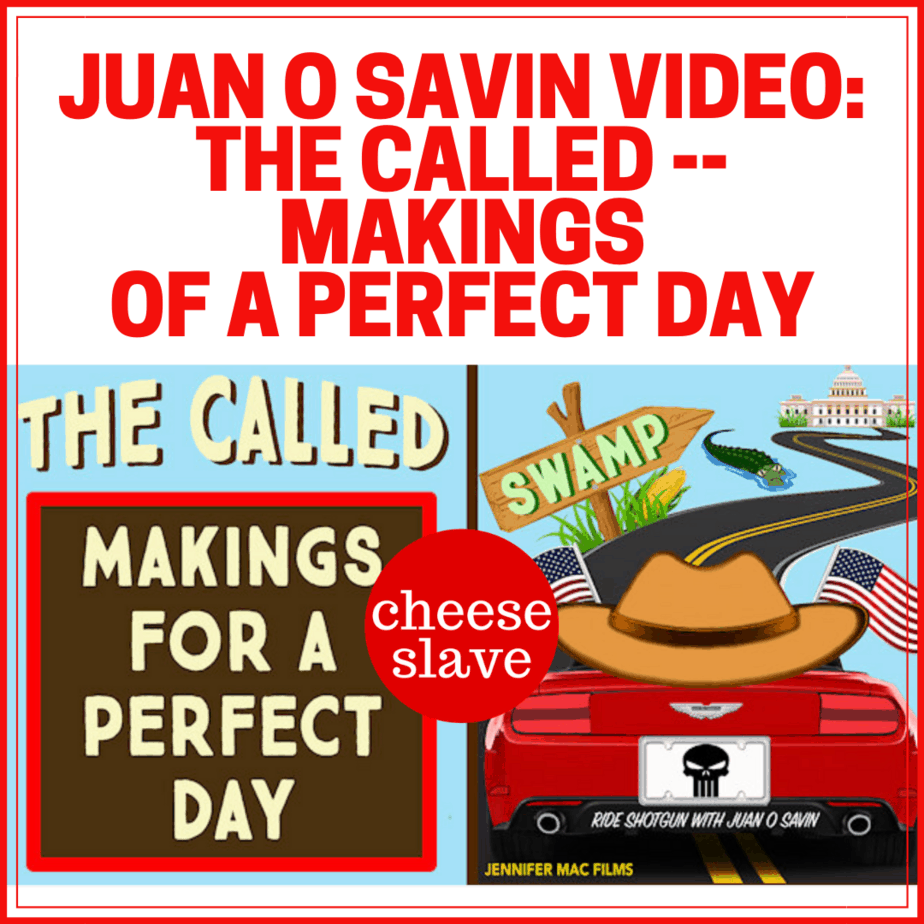 The Called — Makings for a Perfect Day

I just watched this new video by Jennifer Mac featuring Juan O Savin, and I wanted to share it with you all because it’s so fantastic.

Watch the Video: The Called — Makings for a Perfect Day

We don’t know who Juan is but you can learn more about him in my blog post: I Heart Juan O Savin. He is anonymous, but we are pretty sure he is a high-level military insider. I recommend going over to that post and watching some of those videos — tons of info.

I have a pretty good idea I know who he is, which I shared in a blog post I wrote  just  the other day… I forget which one it is but you can go look it up.

Why I Loved This Video

I really enjoyed this video for so many reasons. For one thing, it’s loaded with comms. If you don’t know what comms are, don’t worry… most people don’t. It means coded communications. I recommend you go and read my post, Learn Our Comms.

Jennifer Mac is the queen of comms. I love watching her videos (again, I’ll write a blog post sharing some of my faves soon) because I learn so much from her.

For example, in the very beginning of the video, Juan is driving an old GMC truck. Why is that significant? Because under prior presidential administrations, (Clinton, the Bushes and Obama) our country was being taken over by communist China.

Read this article on Qz.com: The secret history of GM’s Chinese bailout.

“When US taxpayers footed a $50 billion bill for the bailout of General Motors in 2009, few could have guessed that the biggest of the Detroit “Big Three” (GM, Chrysler, Ford) would go on to import Chinese cars to the United States. Yet just seven years after its publicly-funded and highly-politicized rescue, GM says it will do exactly that: early next year the automaker will begin shipping Chinese-made Buick Envision crossovers across the Pacific for sale at its US dealerships, with a plug-in hybrid version of Cadillac’s CT6 flagship sedan to follow. Anyone who believed that GM’s bailout would create a bulwark against a long-feared flood of Chinese cars might be puzzled to find the very same automaker championing Chinese imports. In fact, this move is just the latest in a pattern that dates back to 2009, when GM received a secretive Chinese “bailout” that appears to have turned America’s largest automaker into a Trojan horse for its Chinese partner.” (Source)

I knew the Obama bailout was bad — but did you know it was THAT BAD?

Shocking but true. I think when we Americans wake up to how close we were to losing everything, we are going to be horrified.

But there’s so much more in this video.

Juan even mentioned his friend, Bill Cooper, author of Behold a Pale Horse. If you don’t know who he is, click the link to go check out his book.

It also got me choked up watching it, especially when the Lee Greenwood song, “Proud to Be an American” song plays.

Really well done, Jennifer & Juan. I loved this video so much — thank you for making it!

I’d love to write more but I want to get this posted so you guys can go watch. Enjoy!

I may come back and update this post later after I watch it a few more times. (If I do update it, I’ll republish so it goes out in the email updates and you’ll get notified if you are on signed up on my email list.)