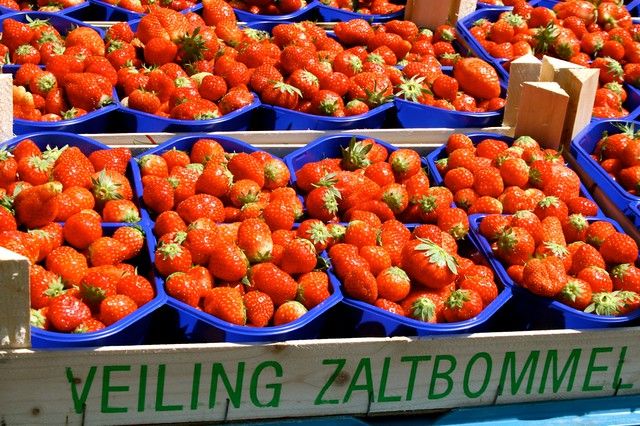 Probably the best day I had on our spring trip to the Netherlands was our visit to a farmer’s market in Arnhem. We went to the market during the day, after we toured a real working flour mill (windmill) and visited a horse butcher (that post is coming soon). That evening, we had a barbecue at our friends’ home in Hilversum.

Arnhem is a city southeast of Amsterdam, not too far from the German border. We were invited by one of my readers, and now new friend, Annette, who is a young mother of two boys.

Annette is a chiropractor in Arnhem (apparently chiropractors are quite rare in the Netherlands). Interestingly, Annette lived in Plano, Texas, just like I did (she grew up in the Netherlands but spent a few years in Plano and Dallas after high school). We also realized we had the exact same Phil & Ted stroller (only different colors). We bonded instantly!

I’m grateful that Annette was kind enough to take the time to tour us around. It was so fun to see where she shops for food. Since she is a WAPF member, she’s very discriminating about where her food comes from. 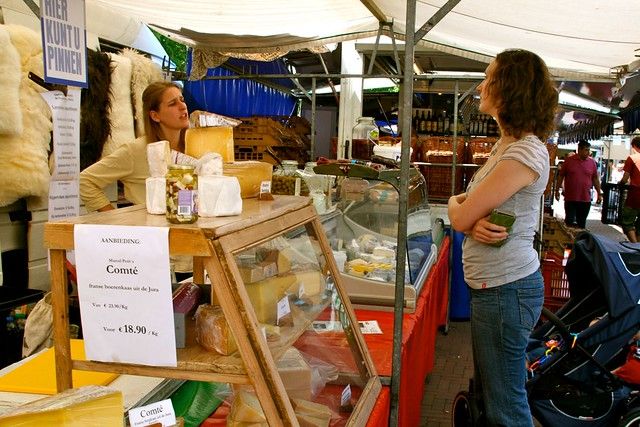 The Dutch don’t really call this a “farmer’s market” like we do. They just call it a market. These open-air markets are very common throughout the Netherlands. And as you will see in the photos, the market stands are much fancier than what we are used to here in America, with fancy glass cases and computerized cash registers.

The weather was absolutely gorgeous that day. Very warm and sunny for the Netherlands. The children stripped down to their skivvies and played in the fountain (if Kate had been with me, she would have been playing there, too.) 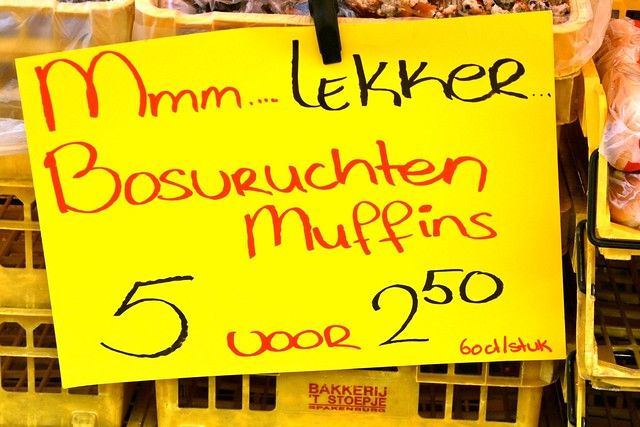 Lekker is a Dutch word for delicious.  If you go to a restaurant in the Netherlands and you enjoy the food, make sure you tell the waiter that the food is “lekker”. You’ll definitely get a smile. 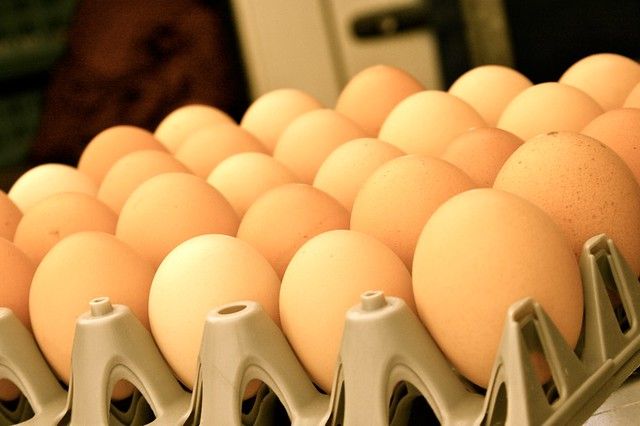 There were lots of eggs, but Annette said she didn’t think all of them were from chickens on pasture. It was so helpful to have a tour guide. 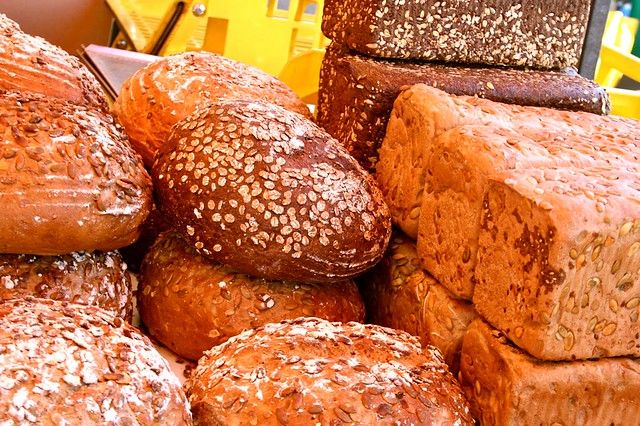 Some of bread was real sourdough bread, although most of it was made with commercial yeast. 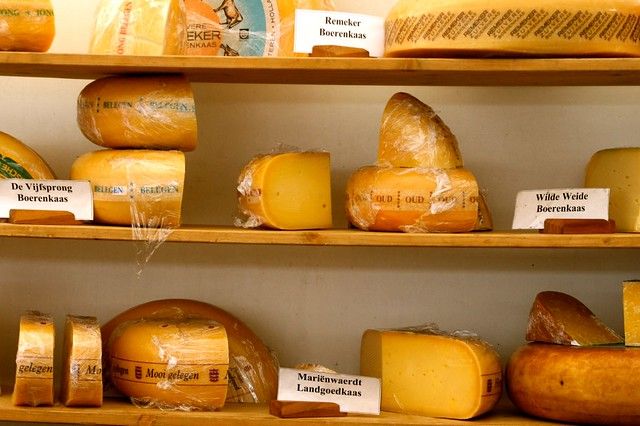 Obviously, there was tons of cheese at the market. You can’t believe the variety! 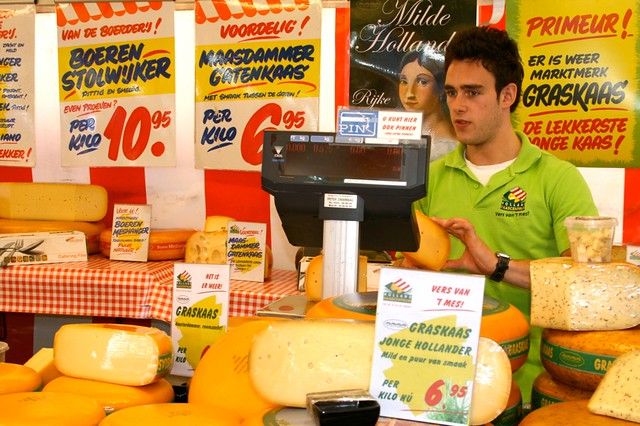 If you look to the right of the guy’s head, you will see the words GRASKAAS. That means “grass cheese” and it’s what we call grass-fed cheese, cheese that is from cows eating grass. It’s very cold in Holland during the winter so the cows are fed hay. But in the spring and summer, they graze on pasture.

Annette buys her raw milk at the Saturday market. She just buys one liter per week. I was astounded by this. We go through about a liter a day! 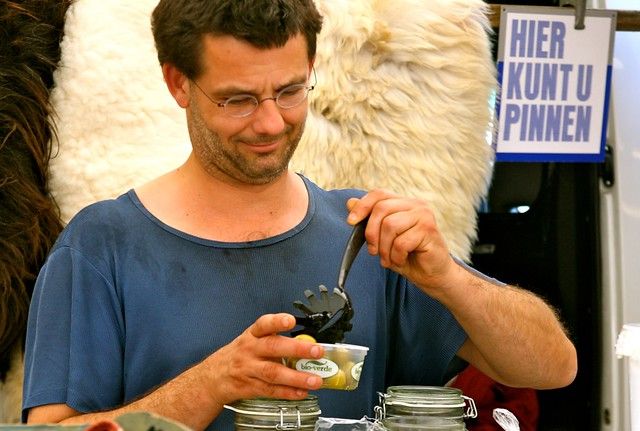 This is the man who sells the raw milk. Yes, one man.

As you can see, raw milk is not common in the Netherlands at all. What you find at the supermarket is pasteurized, homogenized milk. They have been brainwashed like we have that raw milk is dangerous. When I spoke to my Dutch friends about raw milk, they made a face and said, “But won’t you get sick from drinking that?”

I saw a lot of skim milk, margarine and soy milk at the supermarkets, too. There were ads everywhere for “zero fat” yogurt. Obviously it’s the same multinational corporations that have hoodwinked us here in America that are over there pushing their processed foods (yes, skim milk and other low-fat foods are processed junk foods).

It is no wonder that I rarely saw a wide face among the Dutch children. They had narrow palates and many had braces and/or glasses. Annette said she herself was raised in the ’80s on margarine. And yes, she had to wear braces.

Annette also buys her butter and yogurt from the man who sells the milk.

The Demeter brand is organic and the cows are fed grass whenever possible.

Every week when they go to the market, Annette’s older son gets his favorite treat: liverwurst (liver sausage).

They had a variety of different kinds of liver there — from wild boar liver to jack rabbit liver. 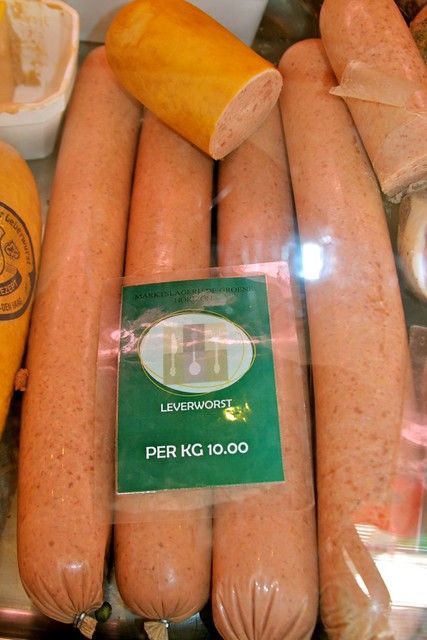 He is so lucky that his mom found out about the Weston A. Price Foundation when she did. When I was a kid, I ate liverwurst every week — this is what I attribute to my straight teeth (I never needed braces).

The wild boar liverwurst was lekker! If the American border control weren’t so ridiculous, I would have stuffed my suitcases full.

Apparently there are wild boar that run loose in the Netherlands (we have them in America, too — they are very common in Texas). They can be a menace so it’s actually a good thing to hunt them so they don’t overrun the forests. If you haven’t had wild boar, it’s good eating! 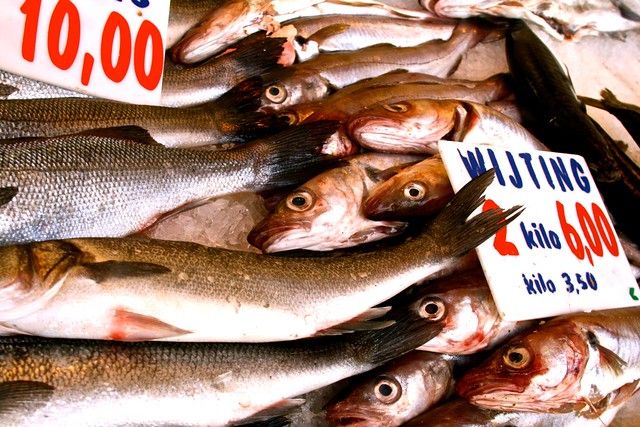 There was also an incredible variety of fresh seafood. I’ve never seen so many fish with the heads on in once place (except for maybe at the Bocqueria in Barcelona). 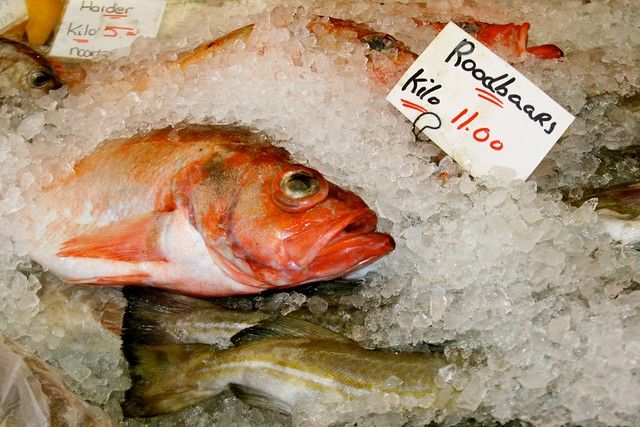 If I lived there, I would make fish stock every week! 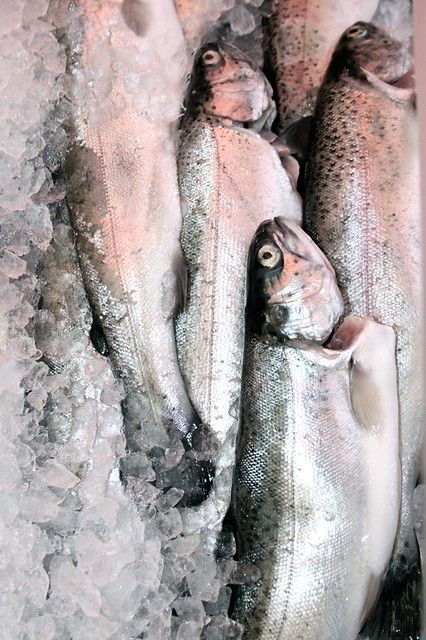 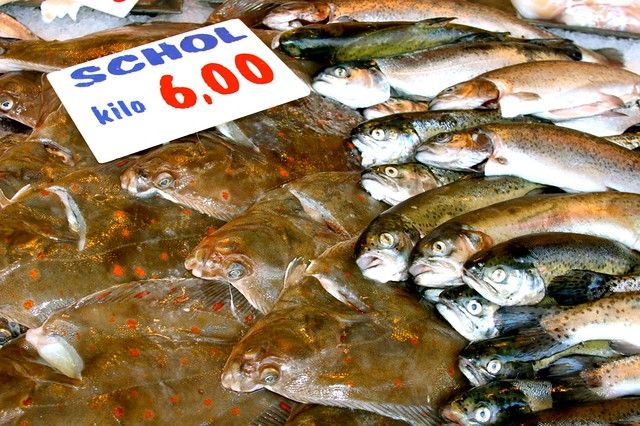 We ate fish pretty much every day for the two weeks we were in the Netherlands. You can get smoked fish or eel sandwiches at most cafes and delis.

My favorite fish, by far, was the raw herring (haring).  They take raw herring, remove the heads and guts, and throw them in a bucket of salt water. I was told that they can stay in the salt water for up to a year.

You just pick it up by the tail, dredge it in raw onions, and down the hatch! I know may not sound appetizing to eat raw, fermented fish, but it was truly delicious.

And remember, when you ferment food, you not only bring out more flavor, but you greatly enhance the nutrition. If you go to Holland, you absolutely must try the herring.

We also had to have stroopwafel. Not exactly a traditional food… they are made with refined white flour and sugar-syrup. They were invented in Gouda in the late eighteenth century. These are what Dr. Weston Price called “the displacing foods of modern commerce”. 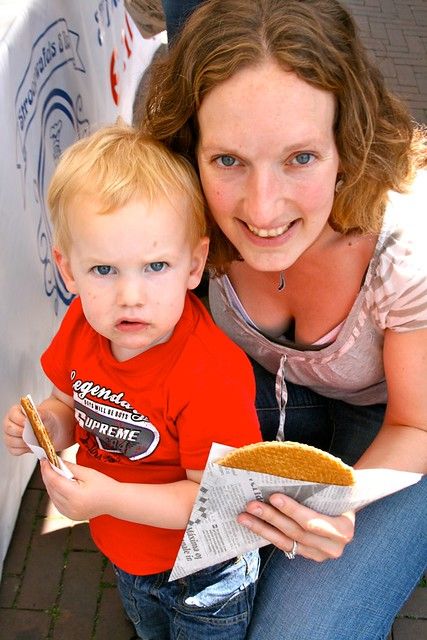 Annette’s son didn’t really know what to make of the stroopwafel. I don’t think he had ever had it before — maybe once or twice? He didn’t seem to love it like he loved his wild boar liverwurst.

I had a few bites, and it was very good, but I’ll be honest, I wanted more herring and cheese.

There are just a few more days left to enter to win a selection of 4 grass-fed cheeses that I brought back from Holland. An $80 value! Click here to enter now!