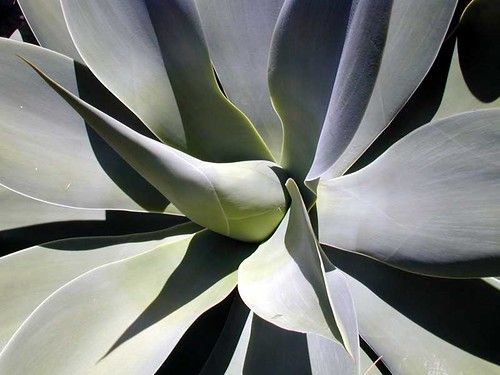 I’ve been meaning to post about this ever since I read Rami Nagel’s very well-researched article in the Summer edition of Wise Traditions (Wise Traditions is the Weston A. Price Foundation magazine. If you are not a member, you should join — for only $40/year — just so you can get aricles like this one.).

Sidenote: If you decide to become a member of the Weston A. Price Foundation within the next month (and I hope you will), I have a favor to ask of you. My friend Carrie Hahn of Hahn Natural Foods, and chapter leader of Pittsburgh, is trying to get to the WAPF national conference in November. If she can refer 15 new members, she will get a free ticket to the conference.

Please, if you are going to become a member (and receive this fantastic quarterly magazine chock-full of great articles), sign up here and click on the MEMBERSHIP FORM link. At the very bottom of the form, where it says, “Membership Introduction By:” just write “CARRIE HAHN”.

You will be helping a wonderful woman make her way across the continent to attend this year’s conference. Good luck, Carrie! (I really hope she makes it…)

And now, on to agave nectar…

Rami Nagel did some pretty extensive and impressive research on agave nectar and xylitol for the article, and his findings were not favorable.

Shocking, I know, because many of us do use agave nectar as a sweetener — and xylitol in toothpaste (and other products).

Agave nectar is made from the agave plant, which is a cactus. Sound natural, right? Like maple syrup from a tree, or honey from a beehive.

Not only that, but it’s very high in fructose.

Rami writes in his article:

Fructose sounds like a good thing (sounds like fruit), but I heard Sally Fallon say that it’s not actually good for us.

“Sugar, especially sucrose and fructose has been shown to shorten life in numerous animal experiments. Excessive use of sugar is associated with a rise in blood cholesterol, rise in triglycerides, increase in adhesiveness of the blood platelets, increase in blood insulin levels, etc. Numerous studies have positively correlated sugar consumption with heart disease. These results are far more positive than any of the studies linking heart disease and saturated fats. Moderate use of natural sweeteners is found in many traditional societies. We therefore recommended you satisfy your sweet tooth by eating fully ripened fruit in season and a limited use of natural sweeteners high in vitamins and minerals such as raw honey, dehydrated cane sugar juice (Sucanat) and maple syrup. Avoid all refined sugars including table sugar, brown sugar, corn syrup, fructose and large amounts of fruit juice.“ Source

But why is fructose specifically bad for us?

I found this very concise explanation on Kelly the Kitchen Kop’s blog — in the comments.

Anna who pens the wonderful blog, Going Against the Grain, wrote the following comment on Kelly’s post:

“People tend to think that fructose is a benign sugar, because it is named for fruit (because it was first discovered in fruit). But fructose is only one of the sugars in fruit and it occurs in rather small quantities, very unlike the high concentrations of fructose found in any man-made refined sugar (and IMO, even the raw, unheated agave syrups *are* processed and refined, as they are processed with enzymes and not found in nature, nor are they something that previous generations would have made).

Fructose in high concentrations or frequently ingested in high amounts, is very damaging to the body. First, if it isn’t burned immediately for energy, it goes to the liver, where it is converted to triglycerides, the very same fats in the blood associated with heart disease if chronically at high levels (and also accociated with the small lipoprotein particle size, also not considered good). High amounts of fructose on a constant basis can contribute to Non Alcoholic Fatty Liver Disease (NAFLD) which even children are getting now from all the fructose in their diets.

Secondly, the excess triglycerides are often stuffed into the fat cells, increasing insulin resistance, thereby increasing insulin production to very high levels, and contributing to the development of diabetes in a “back door” fashion.

Third, and worse, is that fructose contributes greatly to AGEs (advanced glycated endproducts), which are proteins that have inappropriately attached (without enzymes) sugars (wikipedia has great info on this plus one of my husband’s colleagues researchs glycation). Fructose is the worst for this. It sort of gums up the proteins so that the cell is damaged (sort of caramelized) so the cell can’t properly function (it literally ages faster). This is the cause of much of the damage in diabetic complications. Ironically, diabetics have been advised to use fructose for sweetening simply because it doesn’t directly cause a glucose or insulin spike. But indirectly, it does massive damage. But I won’t go on an ADA rant right now :-).

Anyhow, I would recommend caution, for anyone, not just those with diabetes or potential for diabetes, with the use of agave syrup/nectar products as well as any highly concentrated sugars of all sorts (honey, maple syrup, any cane sugar or beet sugar product – refined or not. While humans do have a sweet tooth, they do not have a physiology that can handle constant access to concentrated sugars and frequent indulgence ; it is slowly causing damage at the cellular level.”

So that pretty much covers it for agave nectar.

But what about xylitol? Sorry, but Rami says it’s a no go.

“… this industrial product is just not necessary. Nature has provided us with many wholesome sweeteners that can be used in moderation without adverse effects in the context of a diet of nutrient-dense traditional foods.”