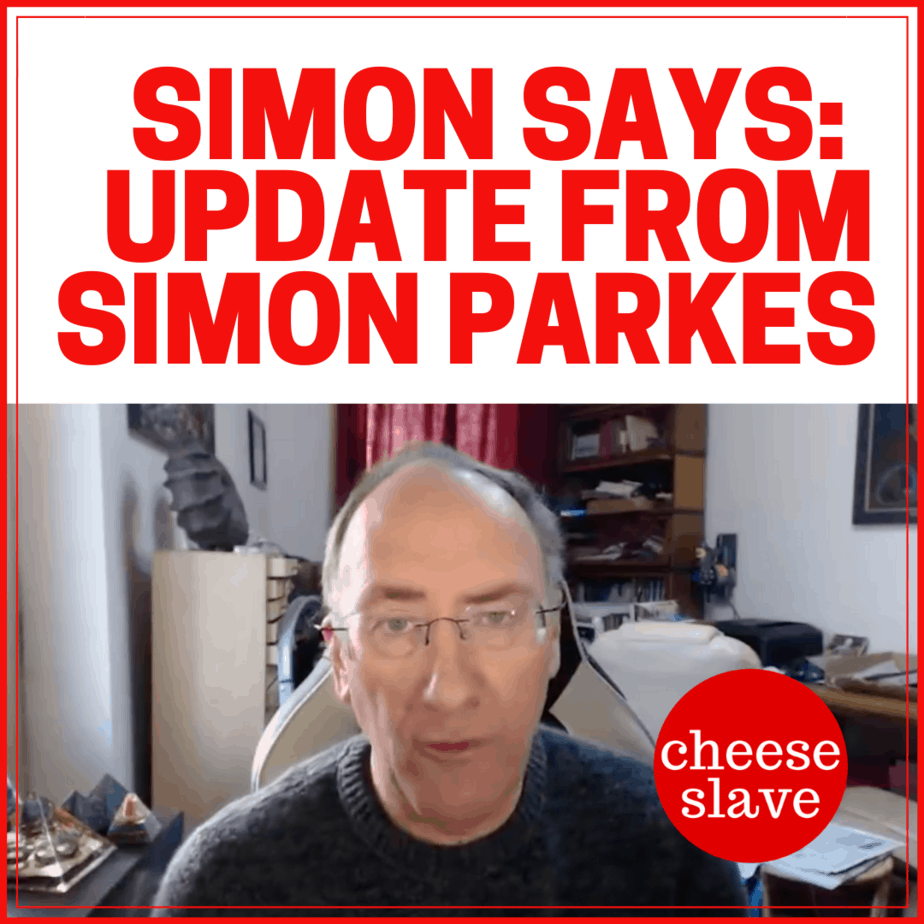 Hey, guys! Just a quick update to share the latest video from Simon Parkes, published yesterday. Simon has almost been censored from YouTube but you can find him on Bitchute or on his blog.

Please watch the video below explaining what will be happening over the next couple of weeks. I’ll share some of the key takeaways from the video. And I’ll also share why I trust Simon.

3. Simon explained why Juan said in his latest zoom call with Michael Jaco (I’ll post below so you can watch that, too) “You may see Joe Biden and Kamala Harris be inaugurated in the Supreme Court.”

This sounds shocking but Juan explained that it was only an illusion — he would not really be president. Simon explains why they would possibly do this. It’s just one possible scenario and he said it probably won’t happen but it might.

Here’s that video with Juan and Michael Jaco — worth watching:

Also, watch this video about 1871, and why Trump will not be sworn in as our 46th president but our 19th president, due to what happened in 1871:

Q is the 17th letter of the alphabet.

OK, just a little more background on 1871… watch this video next:

4. Simon also talks about how much money we have seized from the Vatican and the other deep state cabal criminals. Quadrillions. This will lead us to NESARA which I talked about in this post: Wag the Dog.

Why I Trust Simon

There’s a lot of chatter on the Telegram boards about Simon Parkes. Some anons don’t trust him. People are quoting Q, saying “No comms off the boards” and “If you say you talked to Q, you are a fake.”

I am working on a longer post about Simon Parkes, Charlie Ward, Robert David Steele and Juan O Savin (pseudonym) but it’s going to take a few more hours to finish it so I’ll get this up in the meantime.

Say a little prayer I can get that post done before the internet goes out! Maybe today…

Anyway, Mike Adams of the Natural News website just posted a video yesterday about Simon, Charlie, Robert and Juan. He didn’t say their names but you can tell he was talking about them.

Kind of a wuss move, if you ask me. If you’re gonna call someone out, why not say their names.

I am suspicious of Mike Adams for many reasons, not the least of which is is closely aligned with Alex Jones who has exposed himself as a shill.

But I won’t go into that here. Suffice it to say his video made no sense. He was saying “Why would we have 25,000 troops in DC for rioters at an inauguration?” And then he said (paraphrase), “If they are gonna arrest a couple hundred people, why do you need all those troops?”

Well either he hasn’t been paying attention or he is a disinformation shill. We all know Julian Assange told us that when the truth comes out, 75% of DC will be exposed as traitors. Simon says that in this latest video.

We also know there are over 200,000 sealed indictments. So how can Mike Adams say there would only be a couple hundred arrests.

Also, if the Chinese were really coming for us, wouldn’t Monkeywerx be seeing that? Here’s the latest from Monkeywerx if you haven’t been watching his videos:

But now I trust Mike Adams even less because he was on the Monkeywerx show back in December.

OK, but back to Simon and why I trust him. His mother was MI6. It would make sense that he actually knows people at the highest levels of intelligence community, as would Robert David Steele (former CIA), and Michael Jaco (former Navy SEAL Team 6 and former CIA).

And if Juan O Savin is who I think he is, he would know all of these guys as well.

I’ll wrap this up here so I can hit publish. Watch for my post soon about more on Simon, David, Charlie and Juan — and JFK Jr.

This is the most exciting time in human history. I am so grateful I get to be alive to witness this. The greatest story ever told.