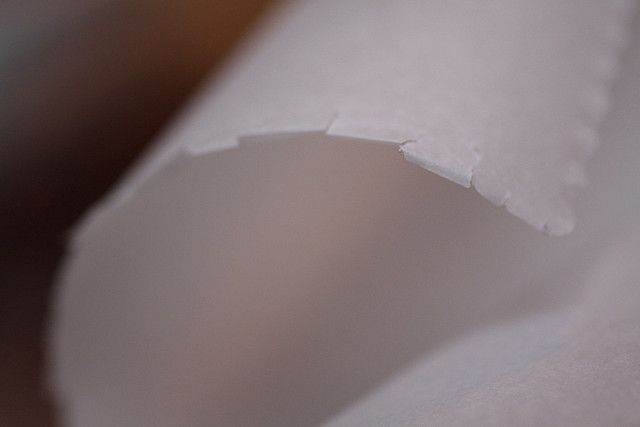 Did you know that eating fish just once or twice a week reduces your chance of heart disease by 36%? Not only is fish good for your heart, it’s also good for your brain. A recent study showed that pregnant women who ate 2/3 of a pound of fish a week had babies with a much higher IQ. Fish has also been shown in recent studies to help reduce depression.

In this recipe, we’re cooking fish the French way, fish en papillote.  Cooking en papillote is a method in which you seal the food in a pouch of parchment paper and bake. The food steams in the oven in its own juices. It sounds fancy and looks very fancy, but it’s really very easy.

Sole is a very delicate fish with flat fillets, so it is well-suited to this technique. However, you may also use halibut, hake, flounder, salmon, tilapia, or other types of fish. You can also use a variety of vegetables and herbs — use what is in season and what you have on hand. Adding mushrooms or red bell pepper would be delicious.

Traditionally the parchment paper is cut into a heart shape. You don’t have to do it that way. It’s easier just to fold it, which is how I have done it in this recipe.

1. Preheat the oven to 375 degrees F.
2. Peel the onion and carrot and cut them both into matchsticks (julienne). Add the onion and
carrot matchsticks to a large bowl.
3. Rinse the zucchini and cut it into matchsticks as well. Add it to the bowl.
4. Peel and crush the garlic. Add to the bowl.
5. Add the olive oil, season to taste with sea salt and black pepper, and toss to combine.
6. Cut 4 large pieces of parchment paper and fold each one in half. When folded in half, they
should be large enough to accommodate a fish fillet.
7. Unfold each piece of paper and place a fish fillet near the center fold. Season with sea salt and black pepper to taste. Arrange the vegetables on top of each fillet, dividing evenly.
8. Slice the lemon thinly and remove the seeds.
9. Top the vegetables with 2 lemon slices each, followed by 2 sprigs of thyme, 1/2 tablespoon of butter, and 1 tablespoon of white wine.
10. Fold the parchment paper tightly around the edges of the fish in 1/4- to 1/2-inch folds to create a half-moon shape. Make sure to press as you crimp and fold to seal the packets well, otherwise the steam will escape.
11. Arrange the packets on a baking sheet.
12. Bake until the fish is cooked, about 12 to 15 minutes.
13. To serve, cut open the packets (be careful of the steam that escapes) and serve directly in the parchment on a plate (or if you prefer, you can remove it before plating).