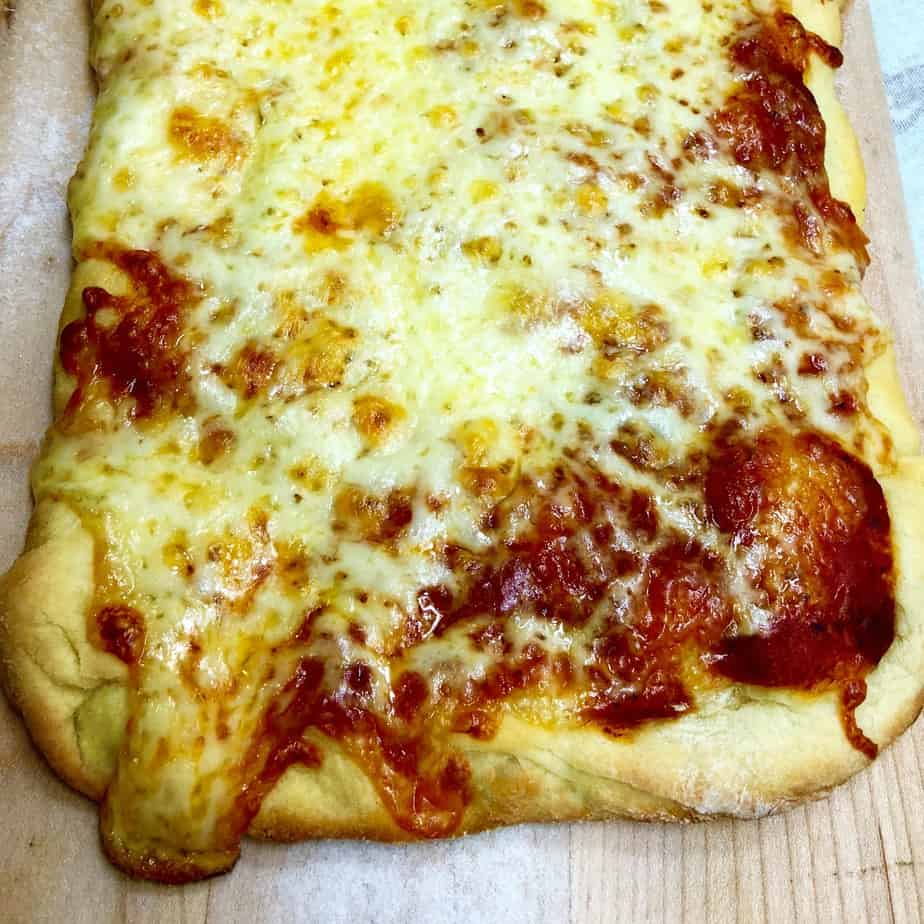 Wood Fired Pizza Made Easy with the Fourneau Oven

You see, I’m a pizza snob. In my opinion, if it’s not wood fired pizza, it’s crap. Before we moved to Texas, I grew up in New York, home of the 800-degree pizza ovens. When I moved back to Los Angeles 15 years ago, you couldn’t find wood fired pizza anywhere — there were only a handful of restaurants with wood-burning ovens in town.

There are a bunch of wood fired pizza joints in LA — they’re popping up all over: 20 Top Spots for Wood-Fired Pizza Around LA. Alas, I have a toddler who goes to bed at 5 or 6 pm, and going out to eat just ain’t as easy as it used to be.

Making pizza at home is a hassle and it’s messy… but with the new Fourneau oven, it’s a snap. In this post, I’ll give you all the details on how to make this pizza awesomeness happen at your pad. It’s not exactly wood fired pizza, but it’s about as close as you can get at home.

PS: Your kids are gonna love you beyond your wildest imagination.

Why the Fourneau Oven?

OK, so let me give you the back story… I started making bread a number of years ago, ever since I found out about Jim Lahey’s “no knead bread” recipe that was published in the New York Times.

Prior to the No-Knead Revolution, I never wanted to make bread. You see, I am not a fan of kneading. I am inherently lazy and don’t like to have to do a lot of work in the kitchen. Lahey’s recipe shows you how to make amazing artisanal bread at home — with no kneading. And the only equipment you need is a Dutch oven. I was able to make fabulous bread using this recipe, and have been doing so ever since 2012.

The only problem is, getting that extremely hot and very heavy Dutch oven in and out of the oven to drop the bread in is not easy and, let’s face it, rather dangerous.

So last year, some enterprising bread lovers did a kickstarter campaign to raise money for an improvement on the Dutch oven. It’s called the Fourneau oven. It replaces the Dutch oven. I have been using it for several months now and let me tell you, it makes absolutely perfect no-knead bread — and it’s a whole lot easier than the Dutch oven.

But it gets even better than that… you can also make pizza in the Fourneau oven!

I’ve been making pizza at home using a pizza stone for years now, and I have mastered it… but it’s not easy and it does get messy. There are a couple problems making pizza in a home oven.

For one, it’s hard to get the pizza in and out of the oven, even when using a peel (essentially a giant pizza spatula). Also, the rice flour I use slide the pizza on and off the stone tends to burn up and make the house smell like smoke and the fire alarm always goes off. And finally, when the cheese drips onto the pizza stone, which it invariably does (because I always use extra cheese), the pizza often sticks to the stone, and you end up with a huge mess with half the pizza stuck to the stone — and more smoke and fire alarms.

So… yeah… do you have a headache right now just reading all that? Makes you not want to make pizza, huh? Yeah, that’s why I rarely ever make pizza at home anymore. It’s just easier to do Grubhub… even though it doesn’t taste as good. I just don’t want to deal with all the drama and the mess.

The Fourneau oven solves all of the above problems. No smoke, no fire alarms, no mess. Just glorious pizza that I swear to God tastes almost as good as wood fired pizza. I mean, it’s really close! If I could tweak my oven to get it to 800 degrees, I think we’d have it. But you know what, for now, this is good enough.

And it’s easy enough to make that I’ve been doing it every week. So now I will share my secrets with you in this post.

Wood Fired Pizza at Home: How to Make it in the Fourneau Oven

Note: You CAN make this recipe without the Fourneau oven. You will need a pizza stone and a peel. It is a lot messier though, and it always sets off my fire alarm, so I don’t recommend it.

Start by making your dough. In this recipe, I use white flour and commercial yeast. I will post another recipe soon that shows you how to make it with sourdough, and I’ll also post a whole wheat version soon…

Making the dough is easy. You just mix everything (flour, water, yeast, salt) together in a bowl, knead for a few minutes, then cover with a dishtowel and let it sit for a while until the dough almost doubles in size.

This can take anywhere from 2-4 hours, depending on how warm your kitchen is.

After the dough has risen, you can either put it in the fridge, stored in a Ziploc freezer bag Tupperware, to use at a later date (it’s best up to a few days later, but I’ve kept it in there up to a week — after that it gets pretty sour-tasting) or you can use it right away.

Divide the dough into 4 balls. If you don’t want to bake all the pizzas right away, you can put the others into the fridge and use them later.

At this point you also need to preheat the oven. Transfer your Fourneau oven to your oven, put the lid on it, close the oven door and set the oven temperature to 500 degrees F.

With floured hands, take one of the dough balls and put it on a cutting board or countertop covered with flour.

Stretch the dough out or roll it out with a rolling pin so that it is big enough to fit on into the Fourneau oven. You will want to use a lot of flour when you do this so it doesn’t stick.

Spread a little rice flour onto the wooden Fourneau peel (the peel comes with the oven when you buy it). You can get rice flour at the health food store, or you can grind your own rice if you have a grain mill. (That’s what I do.)

Transfer the stretched out/rolled out dough to the pizza peel.

Ladle on your sauce. Be sure to do this on the peel. I have tried to load up my pizza dough on the cutting board and THEN transfer it to the peel. That was a mistake!

Add cheese and any toppings you want. My daughter only likes cheese so that’s what you see here.

The timing will vary based on your oven and how you like your pizza. Play with it and see what works for you.

Where to Buy the Fourneau Oven

Below is my affiliate link for the Breadtopia website. I have bought from them in the past and they are fabulous. You can also buy the Fourneau directly from their website, but if you buy from Breadtopia using my link below, I will make a little commission, which helps me keep blogging. 🙂

Using the Fourneau Oven with Your Outdoor BBQ Grill

I haven’t tried this yet but doesn’t it look totally awesome? I’m gonna give it a shot next week. I also thought I would include this video so that you can see the Fourneau in action. It’s really easy!

Pin This Recipe: Wood Fired Pizza Made Easy with the Fourneau Oven

Please share your questions and comments below. I look forward to hearing your feedback. I LOVE my Fourneau oven and will be posting more recipes soon for different types of bread so check back!