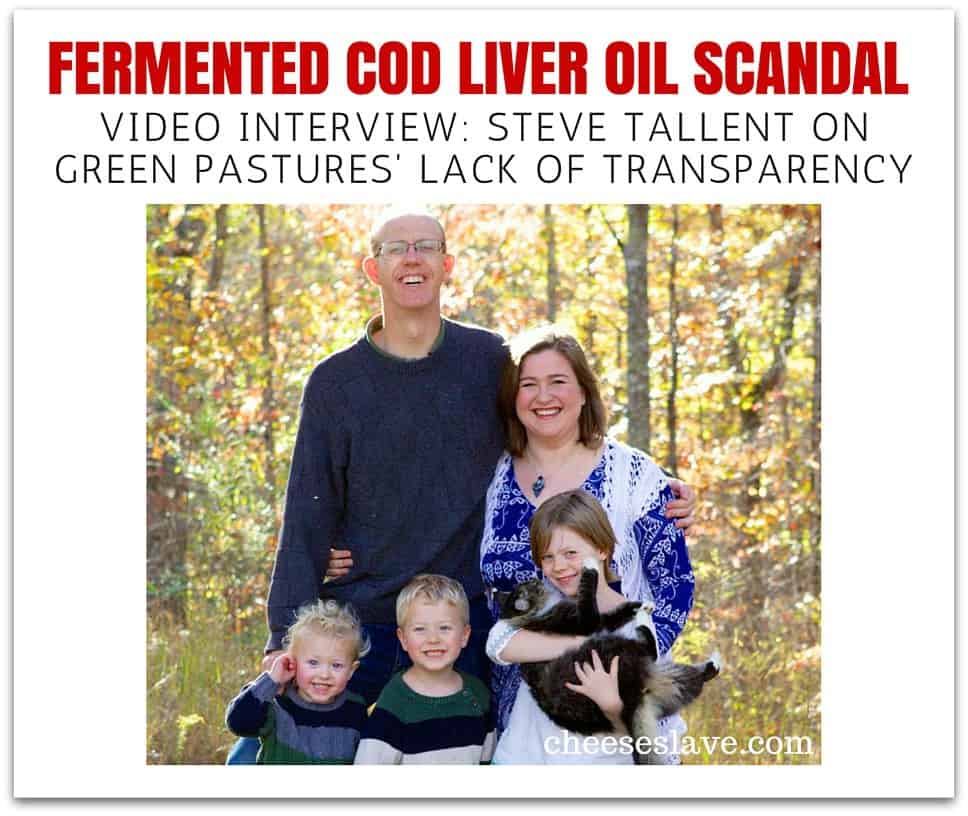 This is the sixth video in the Fermented Cod Liver Oil Scandal interview series.

Steve Tallent (with his wife, Stephanie) is the co-owner of Beeyoutiful.com, an online store that sells supplements and personal care products. Steve and Stephanie have been members of the Weston A. Price Foundation for several years, as well as sponsors of the annual conference.

This year, after Dr. Kaalya Daniel’s report on fermented cod liver oil came out, Steve and Stephanie decided to pull out as sponsors of the WAPF annual conference in Anaheim happening next month. Not only that, but they have since stopped selling Green Pasture products on their website.

Steve has been very vocal online about his concerns with Green Pastures’ FCLO. In this video, he discusses his problems with the company, mainly due to their lack of transparency, which includes issues with sourcing and labeling. He talks about what it means to be a “Full Disclosure company,” which Beeyoutiful is (and Green Pasture, clearly, is not.)

Check Back Tomorrow for Another Video in the Series

This is the sixth in a series of video interviews about the potential hazards of fermented cod liver oil.

Check back tomorrow for tomorrow’s video! I’ll be talking with Dr. Rudi Moerck, one of the world’s leading experts on fish oil and omega 3 fats. You will be shocked at what he has to say about Green Pastures and fermented cod liver oil.

Read More About The FCLO Scandal

To learn more about the history of the FCLO scandal and get my take on it, please read my post, My Take on the Fermented Cod Liver Oil Scandal.