Should We Soak Coconut Flour? 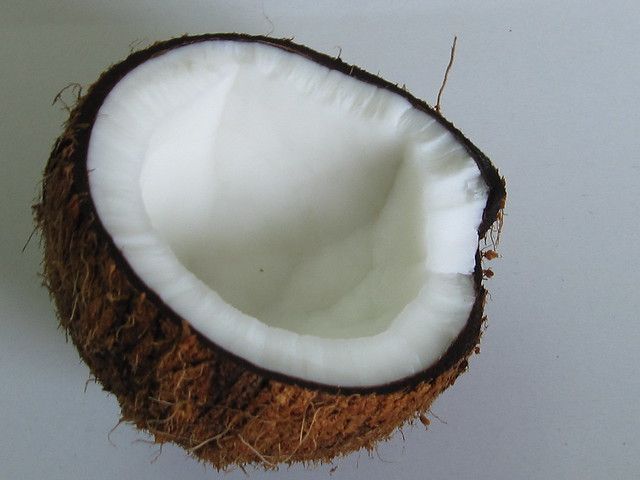 Phytic acid blocks mineral absorption, including important minerals such as calcium, zinc and magnesium. So it is best to sprout, soak and/or ferment grains, nuts, seeds and legumes that contain phytic acid in order to reduce it prior to consumption.

For more on how to reduce phytic acid, please see this post: Do Bread & Cereal Cause Cavities? Reversing Dental Decay with Food.

Should We Soak Coconut Flour?

It is not necessary to soak coconut flour. Coconut flour does have phytic acid, however, according to Bruce Fife, ND, author of  The Coconut Oil Miracle

and Cooking with Coconut Flour

CRC Press, 2001]. Both are generally referred to as “phytates.” Together, these two compounds make up the total percentage of phytates reported in various foods. However, they do not possess the same chelating power. So the chelating effect of the phytates in corn, wheat, or soy are not the same as those in coconut. You cannot predict the chelating effect based on total phytate content alone.

Soaking has been suggested as a means to reduce the phytic acid content in grains and nuts. Some suggest coconut flour should also be soaked. To soak coconut flour doesn’t make any sense. The coconut meat from which the flour is made, is naturally soaked in water its entire life (12 months) as it is growing on the tree. To remove the meat from the coconut and soak it again is totally redundant. After the coconut meat has been dried and ground into flour, soaking it would ruin the flour and make it unusable. You should never soak coconut flour.

In the tropics coconut has been consumed as a traditional food for thousands of years. Those people who use it as a food staple and regard it as ‘sacred food,’ do not soak it or process it in any way to remove the phytates. It is usually eaten raw. This is the traditional method of consumption. They apparently have not suffered any detrimental effects from it even though in some populations it was served as their primary source of food.” (Source: Weston A. Price Foundation Wise Traditions Journal, Fall 2011 — to subscribe to the journal, click here to become a WAPF member)

I don’t know about you, but this is such a relief to me! I think I’ll go make some coconut flour pancakes for breakfast.

Here are some of my favorite coconut flour recipes:

Where to Buy Coconut Flour

You can find coconut flour on my resources page.