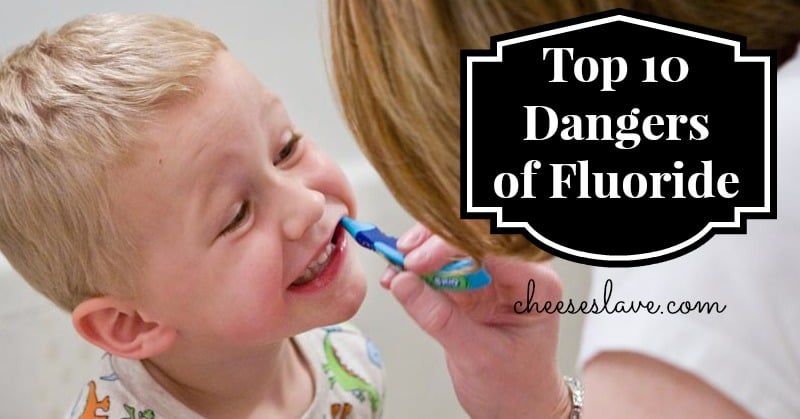 Fluoride dangers are real. Fluoride can damage health and fertility, destroy bones and teeth, and cause early puberty in children.

Water fluoridation has been banned in many countries including China, Austria, Belgium, Finland, Germany, Denmark, Norway, Sweden, the Netherlands, Hungary, and Japan. Nearly all of Europe’s water supply is fluoride-free.

However, fluoride dangers are everywhere in America. That’s because fluoride is everywhere in our food supply. Fluoride is in our water, in juice, soda, wine and coffee, in soups and processed food, and in baby formula. The majority of American cities have fluoridated water. 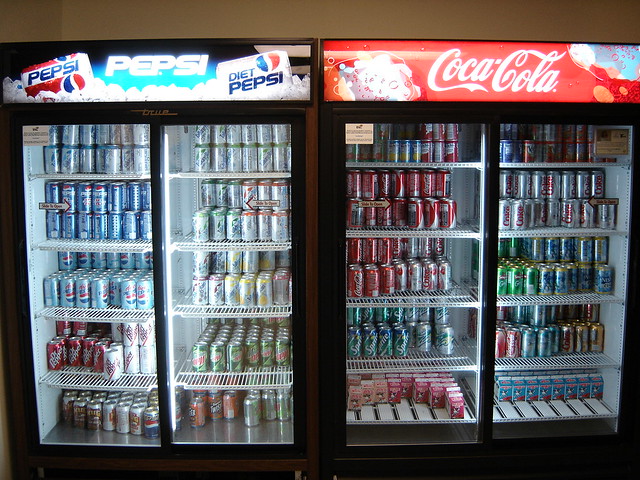 Many people think they can avoid fluoride by just using fluoride-free toothpaste. However, fluoride isn’t just in toothpaste. Almost all of the beverages sold in stores and restaurants are made with tap water. People who drink those beverages ingest a fair amount of added fluoride.

We consume fluoride and are exposed to fluoride dangers from the following sources:

Fluoride Danger #1. Accumulation of Fluoride in the Body

Bottle-fed babies receive the highest doses of fluoride. Since they have a liquid diet, formula-fed babies have the highest exposure to fluoride. Infant exposure to fluoridated water has been repeatedly found to be a major risk factor for developing dental fluorosis later in life (Marshall 2004; Hong 2006; Levy 2010). As a result, dental researchers have recommended that parents of newborns not use fluoridated water when reconstituting formula (Ekstrand 1996; Pendrys 1998; Fomon 2000; Brothwell 2003; Marshall 2004).

The American Dental Association (ADA), the biggest advocates of fluoridation, sent a November 6, 2006 email alert to its members advising that parents should make baby formula with “low or no-fluoride water.”

“It is apparent that fluorides have the ability to interfere with the functions of the brain.” — the National Research Council (2006)

The US Environmental Protection Agency (EPA) lists fluoride among about 100 chemicals for which there is “substantial evidence of developmental neurotoxicity.” Experiments on animals reveal that fluoride accumulates in the brain and alters mental behavior (Mullenix 1995). There have been over 100 animal experiments showing that fluoride damages the brain and impacts learning and behavior.

Advocates of fluoridation counter that these animal studies are invalid because high doses of fluoride were used. However, it takes 5-20 times more fluoride to reach the same plasma levels in rats as in humans (Sawan 2010). One animal experiment found effects at very low doses of fluoride (Varner 1998). In this study, rats were fed for one year with 1 ppm fluoride in their water (the same amount used in tap water fluoridation), using either sodium fluoride or aluminum fluoride. These rats had changes to their kidneys and brains, an increased uptake of aluminum in the brain, and the formation of beta-amyloid deposits which are associated with Alzheimer’s disease.

There have been 24 studies from China, Iran, India and Mexico that show an association between fluoride exposure and reduced IQ. One research team (Xiang 2003a,b) estimated that fluoride may lower IQ at 1.9 ppm (parts per million), while a recent preliminary study (Ding 2011) found a lowering of IQ in children drinking water at levels ranging from 0.3 to 3 ppm. The authors of this latter study reported that for each increase of 1 ppm fluoride measured in the urine there was a loss of 0.59 IQ points. According to the National Research Council (2006), “the consistency of the results [in fluoride/IQ studies] appears significant enough to warrant additional research on the effects of fluoride on intelligence.”

Fluoride also affects the pineal gland. Studies by Jennifer Luke (2001) show that fluoride accumulates in the human pineal gland to very high levels. In her Ph.D. thesis, Luke has also shown in animal studies that fluoride reduces melatonin production and leads to an earlier onset of puberty (Luke 1997).

Ingestion of fluoride negatively impacts thyroid function. In the Ukraine, Bachinskii (1985) found a lowering of thyroid function, among otherwise healthy people, at 2.3 ppm fluoride in water. In the mid-20th century, fluoride was prescribed by a number of European doctors to reduce the activity of the thyroid gland for patients with hyperthyroidism (overactive thyroid) (Stecher 1960; Waldbott 1978).

According to a clinical study by Galletti and Joyet (1958), the thyroid function of hyperthyroid patients was reduced at just 2.3-4.5 mg per day of fluoride. To put this finding in perspective, the Department of Health and Human Services (DHHS, 1991) has estimated that total fluoride exposure in fluoridated communities ranges from 1.6 to 6.6 mg/day. This is a remarkable fact, particularly considering the rampant and increasing problem of hypothyroidism (underactive thyroid) in the United States and other fluoridated countries.

Symptoms of hypothyroidism include depression, fatigue, weight gain, muscle and joint pains, increased cholesterol levels, and heart disease. In 2010, the second most prescribed drug of the year was Synthroid (sodium levothyroxine) which is a hormone replacement drug used to treat an underactive thyroid.

According to studies, fluoride causes symptoms of arthritis. Skeletal fluorosis (a fluoride-induced bone and joint disease) mimic the symptoms of arthritis (Singh 1963; Franke 1975; Teotia 1976; Carnow 1981; Czerwinski 1988; DHHS 1991). According to an article published in Chemical & Engineering News, “Because some of the clinical symptoms mimic arthritis, the first two clinical phases of skeletal fluorosis could be easily misdiagnosed” (Hileman 1988). According to the CDC (2002), 1 in 3 Americans have some form of arthritis. Few studies have been done to determine whether the high prevalence of arthritis in America and other fluoridated countries could be related to growing fluoride exposure.

An early fluoridation trial (Newburgh-Kingston 1945-55) revealed a two-fold increase in bone defects among children in the fluoridated community (Schlesinger 1956). In 2001, Alarcon-Herrera reported a correlation between the severity of dental fluorosis and the frequency of bone fractures in children and adults in a high fluoride area in Mexico.

Fluoride Danger #10: Fluoride and Hip Fractures in the Elderly

According to studies, fluoride may increase hip fractures in the elderly. High doses of fluoride (average 26 mg per day) were used in trials to treat patients with osteoporosis in an effort to harden their bones and reduce fracture rates. This treatment actually led to a higher number of fractures, particularly hip fractures (Inkovaara 1975; Gerster 1983; Dambacher 1986; O’Duffy 1986; Hedlund 1989; Bayley 1990; Gutteridge 1990. 2002; Orcel 1990; Riggs 1990 and Schnitzler 1990).

One Chinese study looked at hip fractures in six Chinese villages, and found an increase in hip fractures as the concentration of fluoride rose from 1 ppm to 8 ppm (Li 2001).

Read More of My Posts About the Dangers of Fluoride

The Top 5 Sources of Fluoride: It’s Not Your Toothpaste or Drinking Water
6 Best Fluoride Filters That Filter Fluoride from Your Water
Why I Bought a Berkey Water Filter
Fluoride in Kombucha? Why I Stopped Drinking Kombucha and Tea
Health Bloggers Still Push Kombucha Despite High Levels of Fluoride
The End of Acne Book Review
The End of Acne: Video Interview with Melissa Gardner

Do you go out of your way to avoid fluoride and fluoride dangers? If so, how do you limit your exposure? Share your thoughts in the comments below.