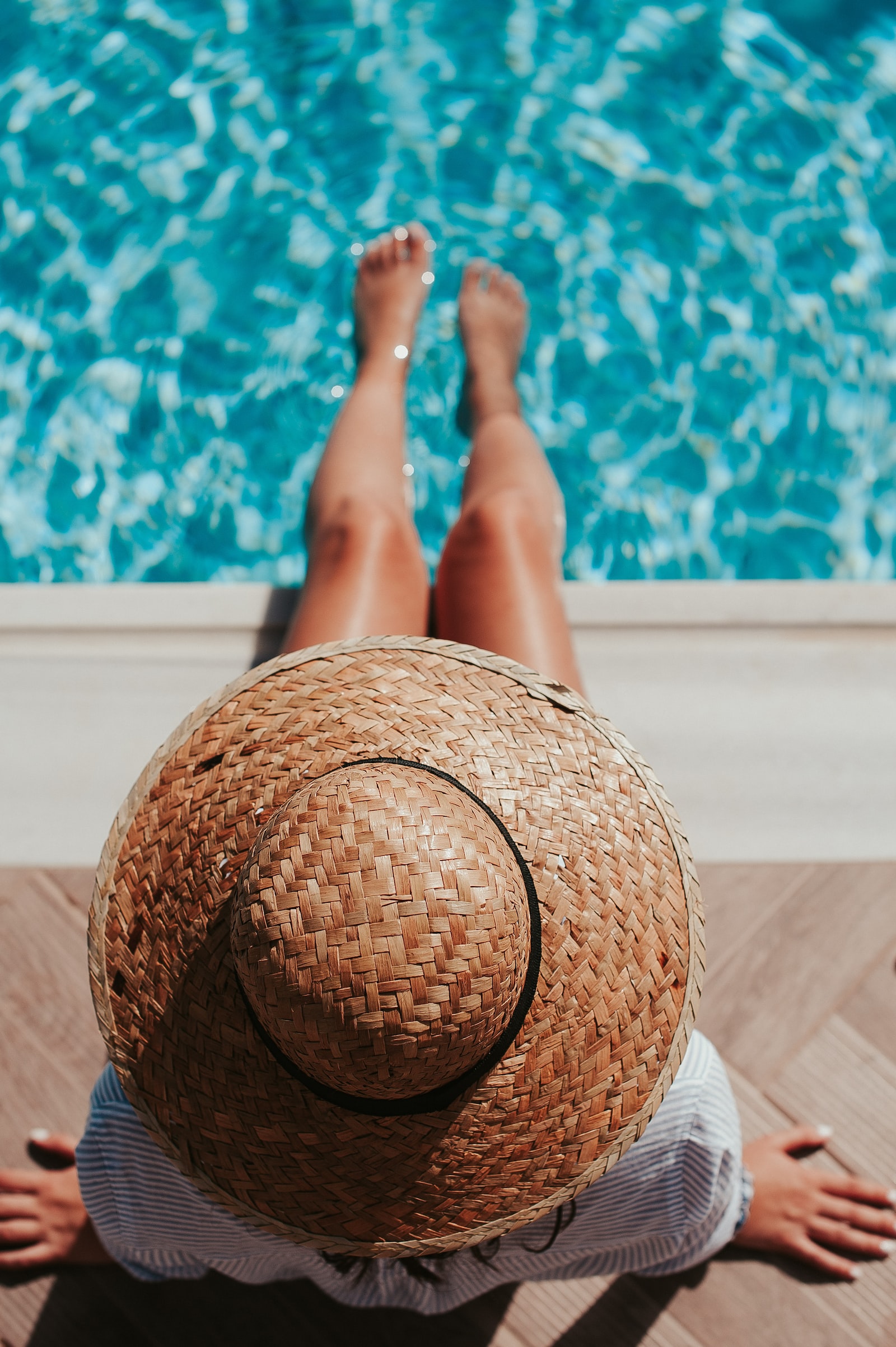 In this post, I'll explain why I am making what I call pool water. I'll explain how I found it, what it is, and why I think it works.

After you finish reading this post, you can go watch some of our recent zoom calls about pool water. You can find the archive of zoom video replays here.

You can also get the pool water recipe here. It's $3/month to subscribe to get that recipe. Sorry but I can't share it for free due to the fact that I could get cancelled and then I wouldn't be able to share any of this info.

You don't need to use my recipe to make the pool water. Go to Dr. Andre@s K@lcker's website and you can get the same recipe. I just tried to simplify his recipe and make it a little more mom-in-the-kitchen friendly.

Also, I have a shorter, less comprehensive version of my recipe here on the Pool Water FAQ.  Scroll down the the section that says "How do you make the C - D - S?" This simpler version of the recipe is the same as my full recipe but I have to write it a little more coded since it is not behind a paywall and I also don't include all the specifics and  links to get the ingredients and equipment.

As some of you know, my husband has not been feeling well. He has had high blood pressure for a while now, but in 2021, it really went up a lot.

He also just went in for a scan in January and found out he has an aortal aneurysm. This is very serious. It's the main artery to his heart. An aneurysm is like a balloon. If it explodes, he would die instantly.

He said he was waking up every night with his heart "pounding out of his chest."

His father died of a heart attack, so this is really triggering for him.  Of course, I found out later that his dad was on a statin! He was one of the first people who got on a statin in the 1980s. No wonder he had a heart attack. Statins are bad for your heart.

And of course we know that a lot of people are getting heart disease now with this new qu@ckzine. I wrote about it in my other post about the quackzine and heart disease.

Dr. Google To The Rescue

I knew nothing about heart disease so I started researching.

I know, I know, Dr. Google. But sh*t man, the doctors don't know how to treat it. I know people are curing autism with food and supplements – so why can't we cure heart disease?

Initially everything I found about curing heart disease naturally said that you need to eat lots of magnesium, potassium and vitamin C. I forget the name of the diet they are pushing but it's basically lots of salads, fruits and vegetables.

I thought that made sense because my husband is always trying to lose weight and so he's always doing intermittent fasting and keto and paleo. Maybe he just wasn't getting enough vitamin C from fruit and magnesium from grains?

I remembered Linus Pauling and all of his work on vitamin C. Ray Peat was a fan of vitamin C, too, always recommending orange juice. So I ordered books, read tons of studies and websites, and went to the store to get tomato and orange juice and nuts and seeds, and I started feeding my husband a more balanced diet.

After weeks of this new diet, his blood pressure was still sky high, he was still waking up in the middle of the night with heart palpitations, and he was gaining weight.

I understand why the weight gain now – which I will explain later.

In a nutshell, you don't need vast quantities of vitamin C and it actually can make you gain weight – I learned this in a video by Dr. Andre@s K@lcker. I'll share it later.

So then, one day, my friend Alena texted me and asked me if I had ever heard of this pool water stuff.

She didn't call it pool water. She called it by its name. But I can't do that here because I don't want to get censored.

I said yes, I had heard of it, but I didn't know anything about it really. Too busy to look into it, and of course, I now realize any information about this is completely censored.

Which means it must work, eh? LOL! What they censor the most is what they really don't want you to know.

To my knowledge, this pool water stuff is the most censored stuff on the internet. Which means it's probably the best thing out there.

Dr. Google Goes Back to the Drawing Board

I started researching it and what I found was all the information about the pool water was completely buried. Which was very promising.

And then I found out that many of the natural health practitioners who were mysteriously dying over the past several years that Erin of Health Nut News was blogging about had something in common. Many of them were using this "pool water" to treat patients for autism, cancer, and more.

I guess you can call me Dr. Duck Duck Go now because I had to switch browsers in order to find the goods on this treatment.

I started finding scores of testimonials. I watched a couple of documentaries. I found a few Telegram channels and watched several interviews on Rumble and Bitchute.

What I found was this: apparently this stuff cures just about everything. No wonder they don't want us to know about it.

What Is Pool Water?

Pool water (also known as Em-Em-Ess or See-Dee-Ess) is filtered or spring water that has been saturated with the gas from two ingredients: sodium chlorite and hydrochloric acid.

OK, don't freak out. We're not going to get crazy with the long science words. I'm gonna break this down for you.

In a sentence: The media lied to us.

When President Trump talked about this method of "disinfecting the blood" back in April 2020, the media went nuts and said he was telling people to drink bleach.

Sodium hypochlorite is bleach. This is called Chl0rine Di0xide Solution, made from sodium chlorite and hydrochloric acid. Not the same thing as bleach.

Please, research it for yourself.

Yes. Chl0rine Di0xide is used to disinfect drinking water. As long as it is used in small quantities (which is how we are doing it,) it is perfectly safe.

This is what WebMD says:

Notice they say it is SIMILAR TO bleach. But it is not bleach and it is safe in small quantities.

What Is Sodium Chlorite?

Sodium chlorite (NaClO2) is basically a form of salt.

Table salt is sodium chloride with a D. Sodium chlorite is different; it is spelled with a t.

According to this article on sodium chlorite, it is like basically sea salt that has been bonded or structured:

"...table salt is added to water for a saturated solution, then electricity is applied to bond the O2 from the water to the salt."

Lots of Different Kinds of Sodium

There are lots of different varieties of salts (sodium).

Here are some different forms of sodium (Na) that you have probably heard of:

Sodium chloride - Table salt or sea salt, which is basically just distilled seawater
Sodium chlorite - This is also a form of seawater, but it has been charged. I found a good explanation of what it is here.
Sodium hydroxide - Lye or caustic soda (used to make soap)
Sodium borate - Borax
Sodium carbonate - Washing soda
Sodium bicarbonate - Baking soda
Sodium hypochloride - Bleach

Obviously these are all very different chemicals. Saying that sodium chlorite is used to create bleach is ridiculous and completely wrong.

What Is Hydrochloric Acid?

When you eat something salty, when it hits your stomach, it combines with the hydrochloric acid.

If you have a decent amount of stomach acid, it will combine with the salt and create a chemical reacation, which produces the gas, chl0rine di0xide.

This is exactly the same thing that happens when you mix sodium chl0rite and hydr0chloric acid to make Chl0rine Di0xide S0lution– see my recipe here.

This is how God designed us! We are "fearfully and wonderfully made" (Psalm 139:14)

Think about it... we have been eating salted food for as long as humans have bee around. We didn't have refrigeration until recently, so we used salt to preserve our food. The combination of salt plus acid creates a gas that kills parasites, viruses and bacteria on contact.

Of course, now they are injecting the parasites into us, and they don't go through the mouth and stomach, which is why we need our modern day "pool water".

And, I hate to come right out and say this here for fear of triggering someone, but this is why God told us homosexuality was a sin.

What better way to get parasites? We have in holes and out holes. God designed us perfectly. When we go against His design, we pay the price.

And when you think about it, this is basically just salt and light. Again, from the Bible.

Salt is who we are. Light is how we heal.

So, How Do You Make Pool Water?

This is basically it:

This is all explained in detail in my post with the pool water recipe.

You can also watch me explain how it works and how to make it in this video.

You can also go to Andre@s K@lcker's website and watch him make the pool water and get his recipe (which my recipe is based on).

I am not trying to make money from this. I only charge $3 to get the recipe (sign up here to become a premium member). I only charge because I just really want to get the word out because I think this can help anyone who is suffering from health problems.

I am seeing a lot of people dying from the quackzines and the shedding and I want to get this information out as quickly as I can.

On that note, I'm going to hit publish so I can get this out to you.

Click here to see my Pool Water FAQ. Here's the main pool water page where you can find all the zoom call replays.

We do a weekly zoom call to talk about pool water every Monday at 6 pm Pacific, 8 pm Central, 9 pm Eastern.

Here is the link to join the zoom call – mark your calendars.